The Newsreel of the 42nd Polish Film Festival 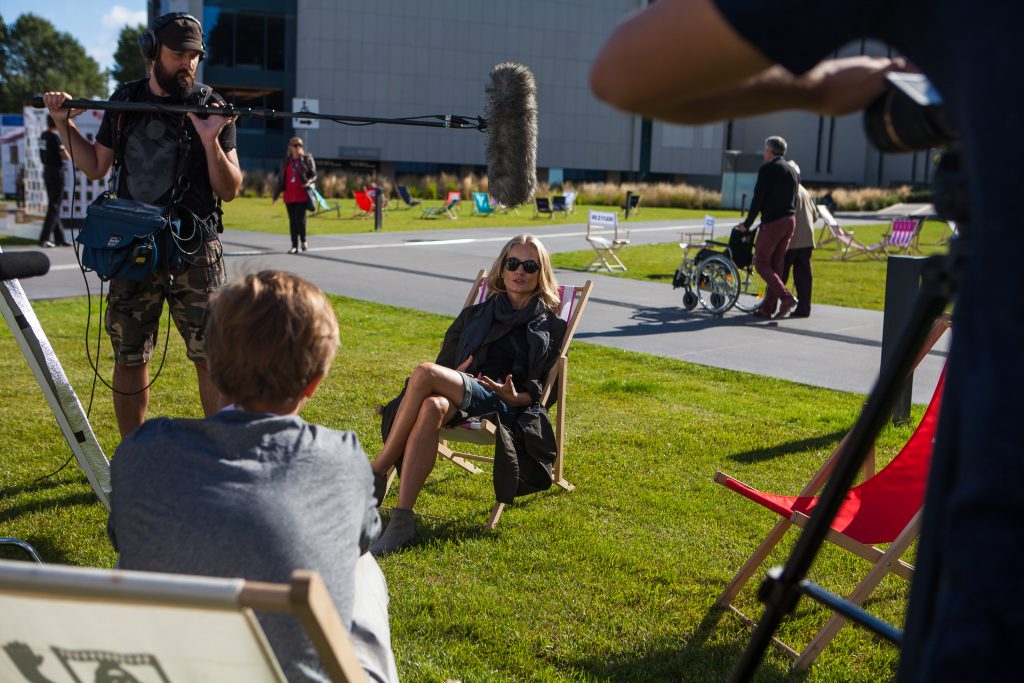 Three short documentary films will be made during the Festival by students of film schools: Stanisław Horodecki from Gdynia Film School, Karol Pałka from Wajda School and Piotr Bieliński from the Krzysztof Kieślowski Radio and Television Faculty at the Silesian University.

The young adepts of the film art, under the supervision of brilliant professors, Jacek Bławut and Andrzej Fidyk, show the Festival totally differently from all the media covering the event. The author of the project is Jerzy Rados who has been documenting the Polish Film Festival in Gdynia for twelve years. The aim of the experiment is the constant search for new forms of documentary look at the festival micro-world, full of well-known figures, competition struggles and intriguing events.

Screenings of particular episodes of the Newsreel will be held on Wednesday, 20th September, Thursday, 21st September and Friday, 22nd September, in the evening, just before the last screening of a competition film in the Musical Theatre in Gdynia and before selected screenings in the Gdynia Film Centre.

The City of Gdynia is the partner of the Newsreel of the 42nd Polish Film Festival.