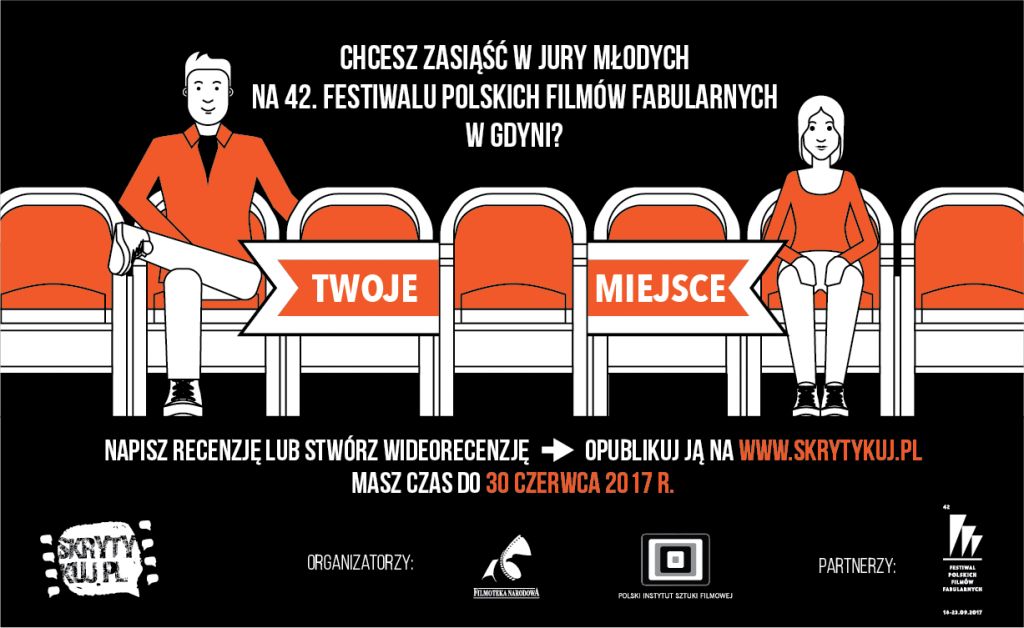 Are you a teenager interested in the cinema? Would you like to watch the most recent Polish films, discuss them and award the most interesting production? Take part in the contest of the National Film Archive and gain new experiences at the most important Polish film festiwal! You have time until 30th June 2017.

During the 42nd Polish Film Festival in Gdynia, for yet another time, the Young Jury will assess the films from the Main Competition. By participating in the work of the Jury, the pupils who are able to express their opinion in an interesting and substantial manner will be able to perfect their skills and gain unusual experiences.

The 42nd Polish Feature Film Festival in Gdynia will be held from 18th to 23rd September 2017. Travel and accommodation costs are covered by the organisers.

The contest is organised as part of the „Skrytykuj.pl” action implemented by the National Film Archive with the suport of the Polish Film Institute.