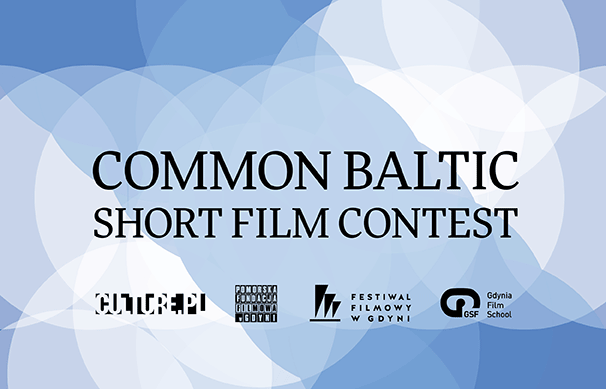 For a second time, Adam Mickiewicz Institute, acting under the
Culture.pl brand, Pomeranian Film Foundation, Gdynia Film Festival and
Gdynia Film School announce a short film contest related to the identity
of the countries located by the Baltic Sea. The films that may be
submitted to the contest have to be 1-5 min long and touch upon the
theme of the Baltic Sea region – its culture, cultural identity,
history, society, transformation. The contest’s participants have almost
8 summer holiday weeks for preparing their films, which many
inhabitants of this region of Europe associate with the very Baltic Sea.

We encourage to take advantage of this time and reflect upon the faces of the Baltic Sea, its identity and the translation of this into the language of the film. The competition has an open formula – both professionals and amateurs from Lithuania, Latvia, Estonia, Finland, Sweden, Poland, Norway, Denmark and Iceland can participate in it. Submissions can be sent through the competition page on the Culture.pl portal until 25th August 2016.

As dr Włodzimierz Pessel, PhD in Scandinavian studies, writes, “It’s been a quarter of a century since the Baltic Sea ceased to be a buffer (…). The great transformation of Central and Eastern Europe fulfilled the dreams of free flows and allowed the Baltic Sea to serve its natural function from a cultural relations potential standpoint – it is now an inland, regional basin, and so it is favourable to intense neighbourhood. Indeed, the Scandinavians and Germans call it a lake (Swedish ‘Östersjön’, German ‘Ostsee’), traditionally it is called ‘The Mediterranean Sea of Northern Europe’. It seems that this multifacetedness and multiculturalism has been brought back (…). The time has come for young and creative people, the film art adepts, to think of what it is actually that the seaside neighbourhood consists in. Does our Baltic world fulfil the “family Europe” demand submitted years ago by the Nobel-prizewinner Czesław Miłosz?”

This year’s jury is composed of: