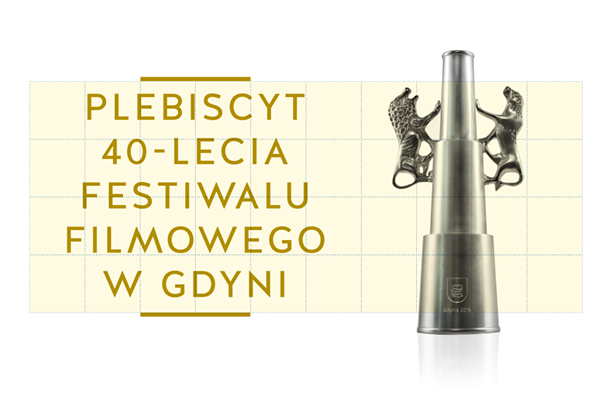 Forty years of the Gdynia Film Festival (which was held in Gdańsk before) are at the same time four decades of the Polish cinema. Out of thousands of titles, roles and musical motifs that have been accompanying us for all those years, the television viewers and Internet users will choose their favourites. Diamond Lions will be given out on 14th September 2015, during the official Opening Gala of the 40th Gdynia Film Festival. All the previous Festival prizewinners will be the guests of this special evening – in one place and at one time, masters and students, seniors and young artists, the classic and the angry young men will sit together in the Musical Theatre. It will be the only evening of such kind, added splendour to with the prizes awarded by the viewers themselves.

The aim of the plebiscite is to select the favourites of the audience out of the previous Gdynia Film Festival prizewinners, in four categories:

The first stage of the plebiscite was held on the Onet.pl portal in June this year. Voting resulted in selecting the following three nominees in each of the four categories:

Who will the Diamond Lions go to…? We invite to participate in the second stage of the plebiscite of the 40th anniversary of the Gdynia Film Festival. Voting can be done via text messaging, the Onet.pl portal and the TVP Kultura website from 28th August till 11th September this year.