The Year of Kieślowski in Gdynia 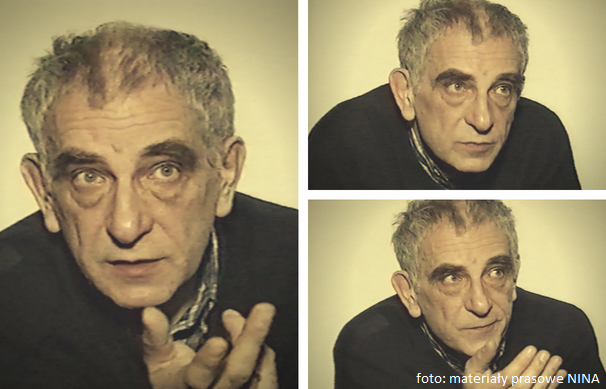 In 2016, 20 years pass since the death of Krzysztof Kieślowski – one of the most outstanding directors of the European cinema, the prizewinner of the first European Film Award. In this special year, Gdynia Film Festival will also pay tribute to the memory of the author of “Blue”. Krzysztof Kieślowski was twice awarded the Golden Lions: in 1979 for “The Amateur” and in 1988 for “A Short Film About Love” and “A Short Film About Killing”.

As part of the “Pure Classics – In Memoriam” section, one of the most famous films by Krzysztof Kieślowski will be presented – “Blind Chance“, the digital reconstruction of which has been performed by the Digital Film Repository. Made in 1981, “Blind Chance” was “put aside” for a couple of years.

Presented at the Feature Films Festival in 1987, it received the deserved award for the screenplay. “A film that outgrew its generation with wisdom, made from such a perspective as if it were already after the death of the Polish People’s Republic,” Tadeusz Sobolewski recalled. Before the screening of “Blind Chance”, “A Short Film About K. Kieślowski” by Natalia Koryncka-Gruz will be presented.

The Special Screenings section also includes two documentary films dedicated to Krzysztof Kieślowski: “Seven Days a Week“ directed by him (1988) and a film dedicated to the director: “A Meeting with Krzysztof Kieślowski” (1995). Those two titles, poorly known in Poland, proposed by Tadeusz Sobolewski, have been found, digitized and brought with considerable effort to the Festival by the National Audiovisual Institute. Both films will have their Polish premieres.

Whereas “Seven Days a Week” (The Netherlands, Poland) is the last documentary of Kieślowski. The director, almost without any words and using a camera in the hands of Jacek Petrycki, presented an ordinary Polish family living in Warsaw in the ‘80s. We witness the daily routine of a few people shown in a weekly rhythm. Zbigniew Preisner is the author of the music.

One of the most interesting events of this year’s Festival will be an unusual open air Andrzej Pągowski’s exhibition “KIEŚLOWSKI ANEW. FILM POSTERS ON THE 20TH ANNIVERSARY OF THE DIRECTOR’S DEATH.”

Kieślowski himself wrote in the catalogue to Pągowski’s exhibition “The City of Posters” in Zachęta in Warsaw – “… It does matter who makes the poster. Some I trust – if they made the poster, I try to arrange a ticket for them. Others I do not trust – it does not matter to me what they like….” The co-operation of Kieślowski and Pągowski lasted many years. Its effect was the creation of a whole series of posters for “Amateur”, “Blind Chance”, or “A Short Film about Love.”

On account of the 20th anniversary of death of the director, Andrzej Pągowski undertakes an unusually difficult task; he returns to the same films after years. He rewatches them, richer with the experiences of the years lived. While making the poster to “Amateur”, the artist was 26 years old, and to “Blue” – 40. This year, he turned 63. He thinks that he has received those films in a totally different way now and that he designs his works in a different manner. He has noticed that Kieślowski put emphasis on different things than he thought before. Pągowski has this opinion now, having been through other experiences.

The collection will include posters to all the films directed by Kieślowski, together with the short length and documentary films as well as the whole “Decalogue”. It consists of around 50 posters. The project is supported by Studio “TOR”. The Łódź Film Museum is the co-organizer of the exhibition. It is also planned to publish a book presenting the whole collection and the particular films. The AMS company is responsible for the display.

The gallery of the Gdynia Film Centre will also present the exhibition “KIEŚLOWSKI. PHOTOGRAPHS FROM THE CITY OF LODZ” prepared by the Łódź Cinema Museum. We will see there black-and-white photographs taken by Kieślowski – at that time, a first year student of the Department of Directing of the Łódź Film School in the academic year 1965/1966. Those several dozen photographs are a unique documentary from the era of the “cucumber” buses, boys’ school uniforms with white collars, the “knife” game… They show the autumn (rainy) and winter (snowy) Łódź with its new skyscrapers and old houses, dark gateways, patios, shop windows, balcony balustrades and inhabitants – adults with damaged, tired, often old faces and children with smiling faces. They move, they bring memories, they arouse reflections. Those photographs are a combined portrait of the city, presented through the prism of the human being, always – as the future showed – being the main theme of the film works of Kieślowski. All the works – made available by Maria Kieślowska – come from the family archive of the director.

Furthermore, on 21st September, promotion of the book “KIEŚLOWSKI YEARS LATER. IN THE MIRROR OF OPINIONS AND MEMORIES” edited by Stanisław Zawiśliński and Krystyna Zamysłowska will take place. In the publication, the authors present a selection of memories, views and opinions about Kieślowski and the reception of his work, which have appeared throughout 20 years since the director’s death in the Polish and foreign media, festival publications, symposium materials, etc.

The Festival viewers will also be able to recollect one of the most famous Polish series, that is, “Decalogue” by Krzysztof Kieślowski. Open air screenings of the particular episodes (two per day) will be held from Monday to Friday at Plac Grunwaldzki, near the Musical Theatre. The DI Factory company has prepared digital copies of 10 episodes of “Decalogue” so that the full series can be presented on the silver screen in the best quality possible. The digital reconstruction of the series was made in Ośrodek Dokumentacji i Zbiorów Programowych TVP S.A., and DI Factory performed the transformation of the colour space from the television to the cinema one, as well as encoded it into the digital format. Artistic supervision over the work was made by the living directors of photography of the particular episodes or by creators delegated by the PSC (Association of the Authors of Film Photography) – this enabled the translation of the assumptions of the creations into contemporary requirements of the presentation of films in the digital cinema domain. “Decalogue” enjoys great interest in the world. In the digital cinema version, it has already been presented in France, China and the USA.

“During my numerous trips to different parts of the world, related to Kieślowski’s retrospectives, I realised that no other Polish filmmaker is as universal in touching upon existential problems as Kieślowski,” Michał Oleszczyk, the Artistic Director of the Festival, adds. “To ask someone about Kieślowski is as if to ask this person about their own life: when speaking about <Three Colours> or <Decalogue>, people open up incredibly and reveal their own fears, hopes and dreams to the interlocutor. I hope that this year’s Gdynia events, organised in view of the twentieth anniversary of the Master’s death, will pay tribute to his memory, and that at the same time, they will win a new generation of faithful fans for him.”