Thursday at the 46th PFF 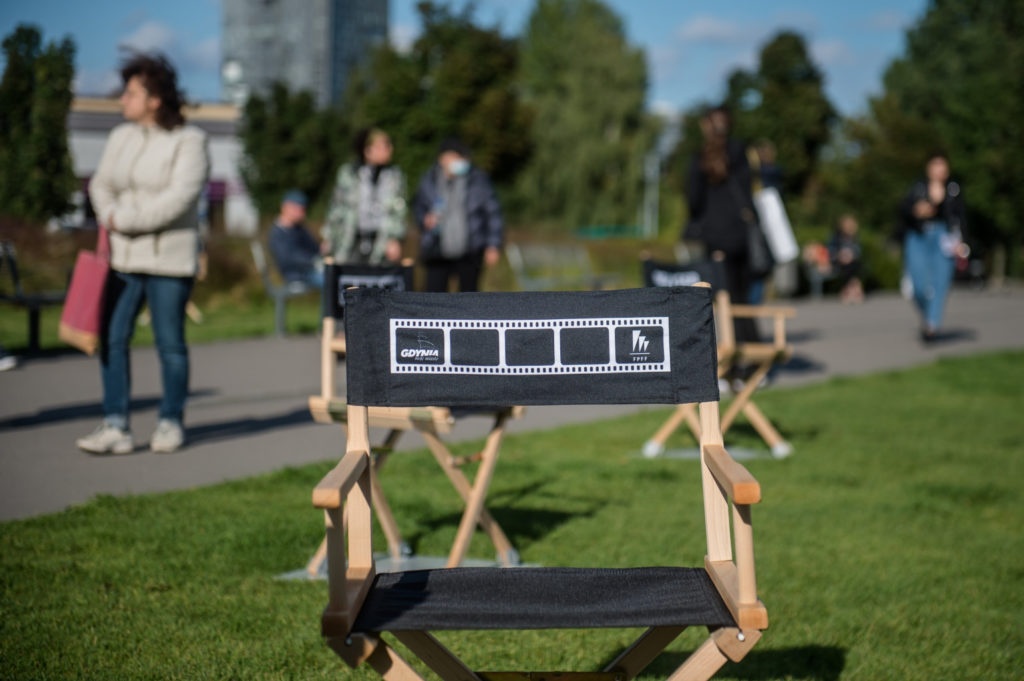 Competition screenings in three categories, special events, including a debate about Polish classics a la mode and industry events, and also an open-air concert in the evening – halfway through the 46th Polish Film Festival keeps the pace.

On Thursday, the 23rd September 2021, accredited journalists of the 46th PFF can attend three press screenings of the Main Competition films: Fears dir. Łukasz Ronduda and Łukasz Żal, Other People dir. Aleksandra Terpińska and Sonata dir. Bartosz Blaschke. After the screenings, in Warszawa screening room of the Gdynia Film Centre, film crews representatives will meet journalists. The filmmakers also take part in official screenings held in the Musical Theatre on the Large Stage, and in meetings with audience, after selected screenings in Helios Cinema in Riviera Shopping Centre. You can still watch also the films competing in the Microbudget Film Competition and Short Film Competition.

An exceptional event on Thursday will be the only screening of a silent film from 1929 titled Path of Shame. Some of the scenes were shot in interwar Gdynia. Warszawa screening room, Gdynia Film Centre with life music: Tri-city jazz band Tomasz Chyła Quintet will improvise based on modern experimental music. Starts at 8:30 p.m. More information HERE.

The history of a legendary Polish pole-vaulter, Władysław Kozakiewicz who spent his childhood in Gdynia is featured in a film presented at the Festival in out-of-competition section, Film from Gdynia. Film Going for Gold includes archive materials, Polish and international. It tells about a spectacular sports career, with not only the moments of triumph, but also tears, bitterness and disappointment. The screening, starting in Helios Cinema at 6:00 p.m. will be followed by meeting with the director Ksawery Szczepanik.

The event addressed to the film industry accompanies the rich presentation of Polish classics in the programme of the 46th PFF – including the retrospective of Andrzej Munk. Polish classics a la Mode is the motto of Thursday’s discussion. We will talk about achievements and future challenges in the digital reconstruction of audiovisual materials. It’s time to sum up the Polish Film Institute’s Digital Poland programme carried out in 2017–2020 and to present the re_construction of films by TVP. We will also introduce the latest streaming platform with a vast library of classic films, 35mm on_line – the project of the Documentary and Feature Films Studio co-financed by Digital Poland. Event partners: Polish Film Institute, TVP SA, Documentary and Feature Films Studio, Animated Films Studio. Detailed programme HERE.

Since they are here, at the Festival in Gdynia, the representatives of film industry can participate in consultations organised by the Polish Film Institute. Topics scheduled for Thursday are: Film Production Operational Programme and support system for audiovisual production “30% Cash Rebate – Incentive”. On Friday, you will be able to talk to the representatives of the Finance and Accounting Department and get to know the details about the new streaming platform “35mm.online”. Consultations are held at 11 a.m. – 3:00 p.m. at the PFI stand in the Musical Theatre.

From a concept to binge-watching. It takes a long time from the birth of a concept for a TV series to the moment the audience starts watching the first episodes. What exactly happens in the meantime? What does the literary and production development of TV series look like? And what’s going on in post-production? Michał Oleszczyk, Alicja Gancarz and Marek Subocz and Ania Waśniewska will share their experience. The Seminar held on the CHamber Stage of the Musical Theatre, starts at 4:00 p.m.

The Festival invites to promotion of a book devoted to the Documentary and Feature Films Studio. A Polish film historian and film culture researcher, Prof. Małgorzata Hendrykowska, wrote about the Documentary and Feature Films Studio of 1949-1989,whereas film publicist and academician, Dr Anna Wróblewska, wrote about the studio post-1989 until today. The author and her editor, Marcin Zawiśliński, collected the memories of filmmakers for whom Chełmska 21 was, or still is, their second home. The story about the studio is accompanied by a selection of 70 films on DVDs, both documentaries and features, awarded at the most important festivals in Poland and abroad. The meeting will be held at 6:30 p.m. on the Chamber Stage of the Musical Theatre. More information HERE

Resina (Karolina Rec) – Composer, cellist, author of theatre and film music – is another artist who will perform at the Gdynia Film Centre patio. Her first albums received enthusiastic reviews in The Guardian and on the British website The Line of Best Fit specialising in the best new music. She collaborated with artists representing various genres, such as Christina Vantzou, Hubert Zemler, Zamilska and NOON. Her music was used in the trailer for The Two Popes and on the Gucci runway. She has recently released the soundtrack for the visual novel Vampire: The Masquerade – Shadows of New York. The concert starts at 9:00 p.m.

The Festival in the real world made a comeback to Gdynia –after half a year-long break, the event is held once again with the participation of actors, creators, journalists, and audience. The safety of the participants is also ensured thanks to the accessibility of vaccine against Covid-19, and that is why during the Festival Gdynia’s vaccine-bus run by the city in cooperation with Pomeranian Hospitals is operating. There, you can get vaccinated – without prior need for registration – with a two-dose Pfizer&BioNTech formula or a single-dose Johnson&Johnson.

On Thursday, 23rd September, between 1:00 p.m. and 6:00 p.m., the vaccine-bus will admit anyone who is willing near Bulwar nadmorski at Zawisza Czarny street, next to the Musical Theatre. For the next two days, the vaccine-bus will be stationed at Skwer Kościuszki: on Friday between 1:00 p.m. and 6:00 p.m., and on Saturday between 9 a.m. and 2 p.m.