Triple Trouble. What kinds of films do children and teenagers want to see? 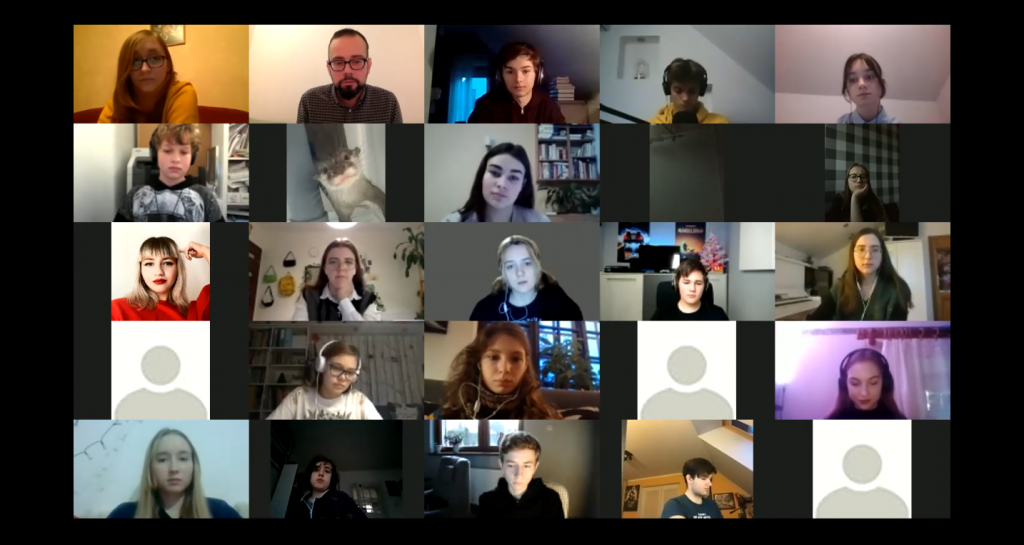 What films about themselves do young viewers not want to go to the cinema? Which heroes and movie characters are they particularly fed up with, and which are they rooting for? Do adult authors and authors still understand the needs of young audiences? Or maybe, as it sometimes happens, they only think so? We invite you to the debate on Friday, December 11, 2020, at 15.00.

The debate can be watched on the PFF’s social media. The meeting will be available HERE.

If you wish to actively join the discussion – log in to the Zoom platform.

Link to the videoconference.

During the debate with the participation of young audiences, we will talk, among other things, about the current situation of Polish cinema for children and youth. We will also look at the results of research workshops carried out by Karol Jachymek for the Polish Film Festival in Gdynia with a group of students, young cinema audience.

Karol Jachymek – cultural studies expert, film expert, doctor of humanities, assistant professor at the Department of Cultural Studies at SWPS University in Warsaw. Co-founder and lecturer at the School of Ideas – a modern course in designing social and business innovations. An expert in the field of education, youth culture, generational changes, communication in new media and trends in pop culture. He conducts trainings for youth and adults in the field of media education, (pop) culture and film, as well as distance education techniques, Design Thinking and creating social innovations. Cooperates with the Children’s University, Center for Civic Education, Against Gravity, Szkoła z Klasą Foundation, School Film Archive, New Horizons of Film Education, KinoSzkoła and National Film Archive – Audiovisual Institute

Paweł Borek – a student of the 2nd grade of the 1st General Secondary School named after King Władysław Jagiełło in Dębica, winner of the Be Critical! competition, member of the Youth Jury of the 45th Polish Film Festival.

Matylda Elson – 3rd grade student of the XXVII High School for them. Tadeusz Czacki in Warsaw, winner of the Be Critical! competition, member of the Young Jury of the 45th Polish Film Festival.

Aleksandra Fortuna – a student of the 8th grade of the Primary School in Stary Jarosław, juror of the 37th International Young Audience Film Festival Ale Kino!

Matylda Konopka – a student of the 8th grade of the 1st and 2nd degree General Music School Feliks Nowowiejski in Gdańsk, two-time member of the EFA Young Audience Award jury.

Maria Koryzna – a student of the 1st grade of the 5th General Secondary School named after Klaudyna Potocka in Poznań.

Oliwia Ławreszuk – student of the 3rd class of the State Secondary School of Fine Arts named after Artur Grottger in Supraśl, author of intermedia projects

Szymon Pawletko – director and screenwriter, student of the 3rd grade of the 3rd Secondary School of General Education Of the Polish Navy in Gdynia, finalist of the Film Knowledge and Social Communication Olympiad

Natalia Zdrzałek – a student of the 2nd grade of the 1st General Secondary School named after Powstańców Śląskich in Rybnik, the film is an integral part of her life, a member of the film club, attends a music school.