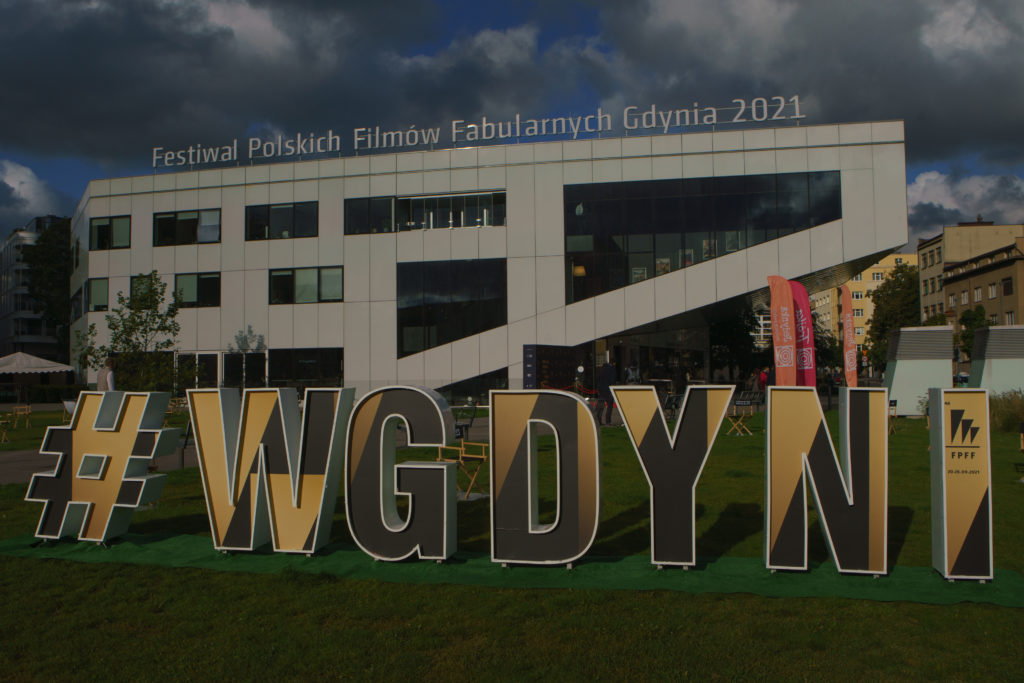 As many as four press screenings, meetings with creators in the Musical Theatre and Helios Cinema, numerous side events, including industry debates, exhibitions and a concert – all this begins Tuesday, 21st September 2021, and this means a very long second day of the 46th Polish Film Festival in Gdynia.

Back Then dir. by Kinga Dębska, Operation Hyacinth by Piotr Domalewski, Death of Zygielboym by Ryszard Brylski, and The Passage by Dorota Lamparska – this is Tuesday’s programme of the Main Competition press screenings at the 46th PFF in Gdynia Film Centre. Directly after the screenings, the representatives of film crews will meet with accredited journalists. The creators will also take part in the official screenings at the Large Stage in the Musical Theatre. Tuesday also means the beginning of meetings with the audience at the Riviera Stage after chosen screenings in Helios Cinema.

Nothing but Fear, a drama directed by Barbara Sass-Zdort, is one of the titles from this year’s Pure Classics section, which presents digitally restored Polish films. This film, made memorable i.a. by the outstanding performances by Anna Dymna and Dorota Segda, will be a point for a discussion on female characters in Polish Cinema, hosted by Monika Talarczyk – cinema historian and researcher of women’s cinema. Discussions with directors Katarzyna Klimkiewicz and Piotr Adamski will take place on Tuesday after the screening at 3:00 p.m. in Goplana screening room in the Gdynia Film Centre.

We would also like to invite you to the first instalment of Andrzej Munk’s retrospective: you will be able to watch films Destination Nowa Huta! and Men of Blue Cross at noon in the Helios Cinema. The introduction before Munk’s film blocks will be made by Miłosz Stelmach, editor-in-chief of the “Ekrany” magazine.

The Tuesday’s proposition from the Polonica section, which presents selected international co-productions with major Polish involvement, is a film Nzara – Hunger, a Polish-Zimbabwean co-production. The screening will commence at 6:00 p.m. in Goplana screening room, and after that, a meeting with director Klara Wojtkowska and illustrators Justyna Rosa and Weronika Rosa will be held. From the same section, on Tuesday you will also be able to watch an Icelandic-Polish film Wolka dir. by Árni Ólafur Ásgeirsson. The screening will begin at 6:45 p.m. at the Helios Cinema, and the guests of our meeting will include: co-screenwriter Michał Godzic and actors – Olga Bołądź, Anna Moskal, and Jan Cięciara.

Amateurs by Iwona Siekierzyńska, a film known from the last year’s Main Competition, this time will appear at the Festival as a part of the Films from Gdynia section. After the Tuesday’s screening at 3:30 p.m. in the Helios Cinema, the guests of the meeting will be the fim’s director and the heroes of her story: artists of the Zbigniew Biegajło’s Teatr Społeczny Biuro Rzeczy Osobistych, run by Gdynia’s club of Polish Association of Persons with Intellectual Disability.

Focus on… graphic art and design – film in relation to industrial design, including computer graphics and comics. This will be the topic of our discussions during the second day of the festival’s industry days.
The organisers of Gdynia Industry would like to invite, especially, the accredited guests of the Festival, who take interest in comic book film adaptations. During the comic books pitching we will present selected graphic novels published in recent years by publishers: Timof Comics and Kultura Gniewu. The detailed programme of the second day of Gdynia Industry is available HERE.

The award ceremony for the Polish Film Institute awards at the Festival in Gdynia is a tradition. The winners will officially receive awards in nine categories: cinema, film event, Polish film promotion abroad, film critique, book on film, film education, Film Discussion Club, Polish film distribution, and film poster. The PFI Gala will be held in the Musical Theatre at the New Stage at 9:00 p.m. Invitations required.

Andrzej Wajda and Krzysztof Kieślowski – Tuesday afternoon in Gdynia means not one, but two occasions to meet at the exhibition dedicated to great Polish film directors.  Wajda Anew will present new versions of posters for all of the Master’s films, created by Andrzej Pągowski – the opening of this exhibition is scheduled for 6:00 p.m. in the Gdynia City Museum.

An hour earlier, the official opening of the exhibition Endless Krzysztof Kieślowski will be held in the Gallery of Gdynia Film Centre. The exhibition was created by the National Centre for Film Culture in Lodz for the 80th anniversary of Krzystof Kieślowski’s birthday.

During the festival, we would like to invite you to evening open-air concerts of Polish composers of the young generation, who achieve greater and greater success at the musical stage, also as creators of film music.

On Tuesday, 21st September, the Tricity stage will perform the music of Jerzy “Duduś” Matuszkiewicz. Alicja Sobstyl, Krzysztof Hadrych, Filip Arasimowicz and Alan Kapołka from bands such as Klawo and Tomasz Chyła Quintet will perform a special material including compositions of one of the pioneers of Polish jazz, but above all, an outstanding author of film music and themes from Polish series and films known to millions of Poles. The event will begin at 9:00 p.m. at the patio of Gdynia Film Centre.