MEETING WITH THE FILMMAKERS OF AMBER PALACE 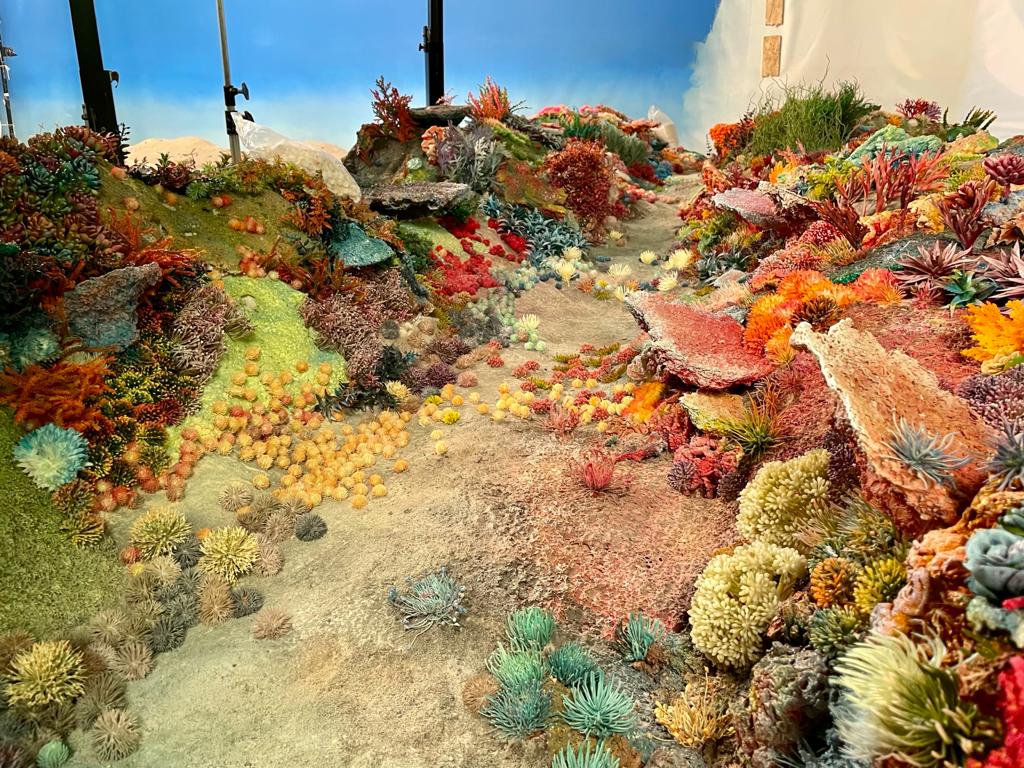 Since the work on the teaser has been finished, animated films studio KAZstudio from Gdynia would like to invite you to the meeting with the filmmakers of full-length animated film Amber Palace, which will take place on Friday, 24th September, at 5:00 p.m. on the Chamber Stage of the Musical Theatre in Gdynia.

During the meeting, there will be a special screening of the teaser of Amber Palace, after which the filmmakers will share the details of their works behind the scenes. It’s safe to say that this production is the first of this kind of production in Poland.

For the first time in the history of Polish film, the production was executed by outstanding filmmakers, combining the worlds of film production and stop-motion animation. Filip Bajon is in charge of directing the plot of the film, whereas music is being composed by the Oscar-winning Jan AP Kaczmarek. Marek Klat and Mirosław Piepka are in charge of writing the screenplay. Marek Skrobecki (co-producer of the Oscar-winning production Peter and the Wolf) is in charge of directing the animation and creating the scenography. Filip Bajon, Mirosław Piepka and Marek Klat have already worked together on the widely acclaimed film The Butler.

The film’s plot draws on Kashubian fables. The film will take place at the turn of the 15th and 16th century. Its plot will be focused on the mighty island Hel, which, thanks to amber and the incredibly hardworking inhabitants, was living its golden days at that time. Since the beginning of time, where there was wealth and well being, there was also thirst for power, pride and greed. Therefore, the ruler of Hel and his family will have to, for the first time in the history of the island, face the forces of evil. Thankfully, in their battles they will be aided by known heroes from Kashubian fables and legends.

The film is executed with a combination of stop-motion animation and modern digital 3D animation, following the example of the Oscar-nominated Kubo and the Two Strings by studio Laika. All dolls and scenography elements are being created in studio in Gdynia, where the majority of pictures for the production is being shot.

KAZstudio has already achieved success abroad with their popular animation The Treflik Family, which is watched by children all around the world – from Czech Republic and Russia to China. Both of the studio’s animated series, The Treflik Family and Babies and the Bear, win numerous nominations and awards at international film festivals every year.

Combining KAZstudio’s experience in animation with outstanding artists of Polish and world cinema creates a great chance for the Amber Palace to achieve international success.

Teaser of the Amber Palace is financed by the Polish Film Institute.

KAZstudio SA (formerly Studio Trefl SA) was founded in 2013 in Gdynia. The studio specialises in traditional stop motion animation with the use of scenography and hand-made dolls (characters). Currently the studio has produced 77 episodes of a popular television series The Treflik Family and 26 episodes of the newest production Babies and the Bear. Both productions were directed by Marek Skrobecki, co-author of such productions as the Oscar-winning Peter and the Wolf or Danny Boy.

A professional crew of nearly 50 members works on the production, which allows to carry out the whole process of animation creation, from screenplay to post-production, in one place.