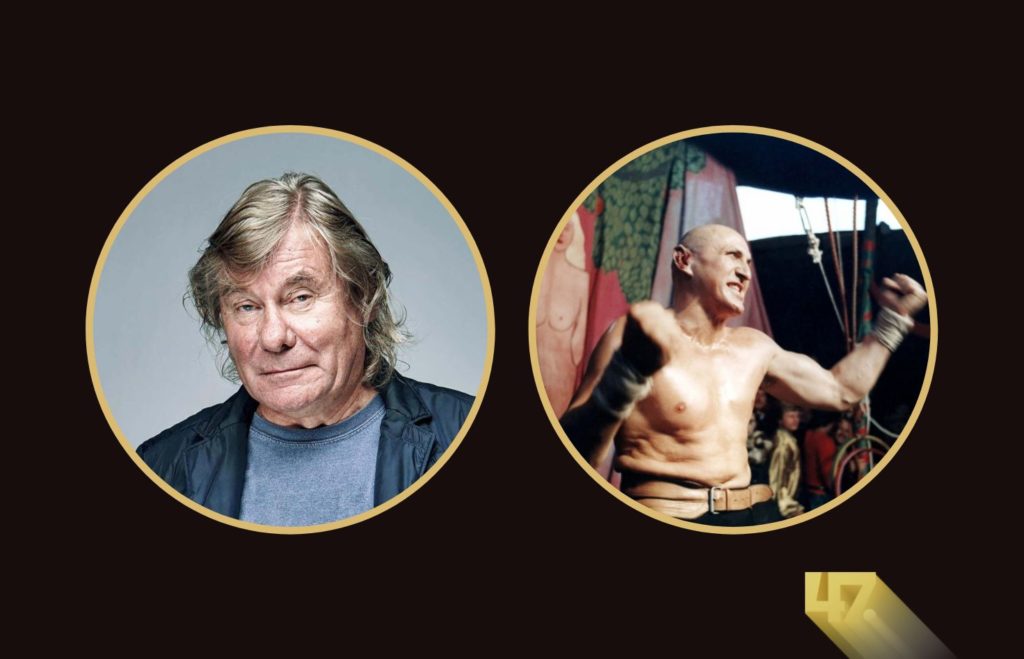 The Polish Film Festival award for lifetime achievements, this year, will go to Filip Bajon. The director and screenwriter will receive the Platinum Lions statuette during the Awards and Closing Ceremony of the 47th PFF.

Filip Bajon has made nearly 40 feature films and documentaries, plays and series awarded at festivals and by prestigious film bodies. Many of them were awarded at the Polish Film Festival, i.a., Aria for an Athlete, Children on Strike 1901, Pendulum , The Magnate, Poznań 56, The Butler.

At the 47th PFF we’ll see his outstanding film Aria for an Athlete (1979). Władysław Góralewicz, a boy from a Galician village, joins a provincial circus. To judge his wrestling skills, the director puts him to the test of endurance. Góralkiewicz comes through but suffers a  serious head injury. His new job teaches him life. In the circus, Góralkiewicz meets friends, Bolcio and Cyclop. The main character was inspired by Stanisław Jan Cyganiewicz, a world champion in French boxing and catch wrestling.

We would like to invite you also to MASTERCLASS: FILIP BAJON’S ABC A is for Aria for an Athlete, B is for The Ball at the Koluszki Junction, C is for… This time, during the meeting with the Platinum Lions recipient, we will go through the letters in Filip Bajon’s filmography. Dozens of feature films and plays and, on top of that, his work as a  film school mentor. Filip Bajon’s heritage is unusually diverse, so there is no way we will run out of topics. However, we need a  framework to capture Bajon’s creative prowess and approach it from a different perspective. Thus, words in alphabetical order will pace the conversation and provide a structure. But don’t be fooled by the formula “A is for…” and “B is for…” – even the guest himself will have no clue what word comes next.  The meeting will be hosted by Kaja Klimek.