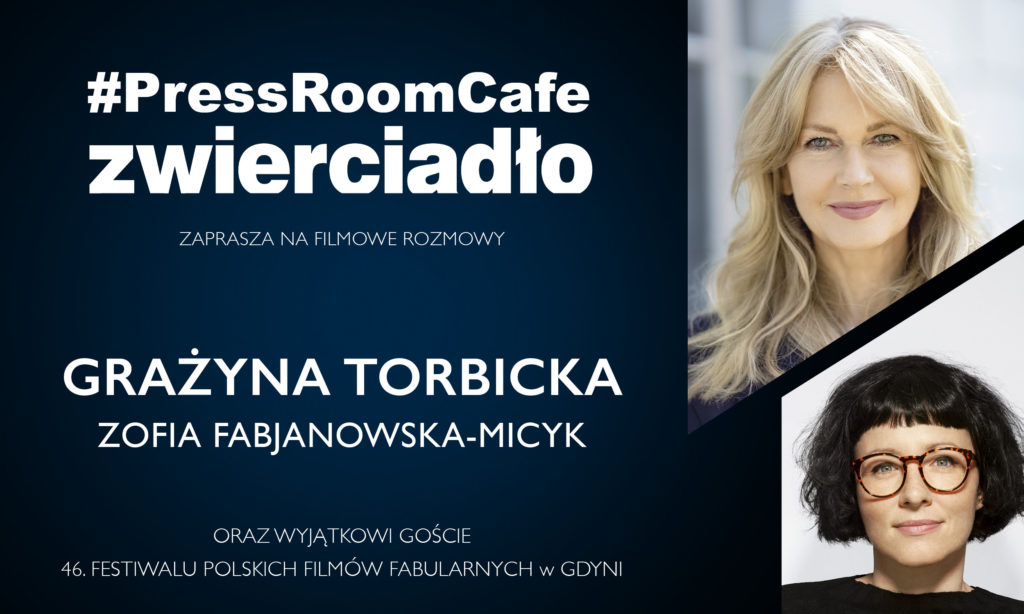 For the first time at the 46th Polish Film Festival in Gdynia an exceptional meeting place #PressRoomCafeZwierciadła is going to appear. For five festival days journalist, television icon and cinema lover, Grażyna Torbicka, together with Zwierciadło magazine Culture Editor, Zofia Fabjanowska-Micyk, will be meeting the most sought-after names of this year’s PFF. They will be talking about the behind-the-scenes of cinema, the condition of Polish film and about how to translate the topics that move us into the language of today’s cinema. The meeting will be recorded live in the special #PressRoomCafeZwierciadła area at the Musical Theatre. Festival viewers and guests will be able not only to listen to the conversations but also take a breather in between film screenings and have a sip of the exquisite Nespresso coffee with a good book in hand. The talks are going to be broadcast also on the zwierciadlo.pl website, on social media of Zwierciadło publishing house and those of the area’s partners. A  photo report of what will be happening at #PressRoomCafeZwierciadła will be available in real time on Zwierciadło’s FB and IG profiles, and once the Festival is over, you will be able to see it on zwierciadlo.pl and in magazines: Zwierciadło and SENS. We cordially invite you to #PressRoomCafeZwierciadła at the Musical Theatre, right next to the Large Stage where all the celebratory screenings of the Main Competition films are going to be held.