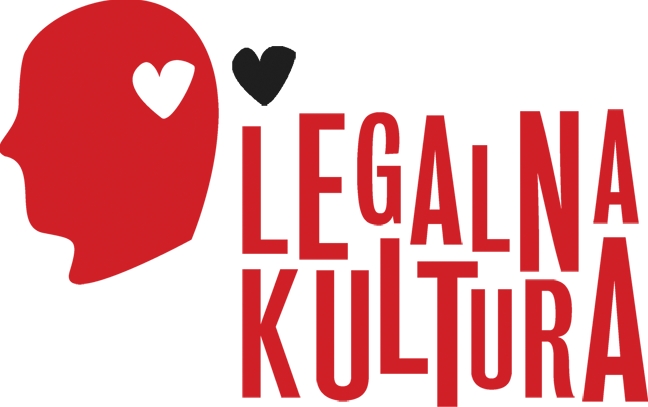 Culture is the world we live in, it is a community in which authors cannot exist without recipients and the recipients of culture cannot exist without those who create it.
The main objective of Legal Culture is public awareness of the significant influence on culture made by the way we use it. It underlines the importance of the recipients’ consent to using legal sources of culture. Authors and producers do not hold the sole responsibility for their availability. Legal sources will be available online only if there are recipients to use them. Without social acceptance, legal sources cannot be created. Let us be responsible for culture, let us use legal sources.

Culture is a community in which authors and recipients are interdependent. The task of the competition participants is to persuade viewers that use of legal sources of culture – such as films, music, literature, games, photography and other contents – is a responsible approach. The aim of the competition is to encourage authors to address the topic of recipients’ responsibility for the state of culture. Drawing attention to the condition of culture in the context of civilization changes and the broad access to culture via digital technology is an essential element of the competition. Competition films should follow the idea of the Legal Culture campaign and present problematic issues regarding the interdependency of authors and recipients. The potential which is stored in culture recipients and their conscious choices is of great importance. Undoubtedly, everyone would like to be fair to authors, especially the favourite ones.

Please, make sure that all materials used in the film – music, films, photos, literature, illustrations, games, etc. – originated from legal sources. We encourage you to use the LEGAL SOURCES DATABASE: http://legalnakultura.pl/pl/legalne-zrodla. Reference to the source of music or film materials used in the competition film must be provided in its description.

Legal Culture is organizing another film competition in which participants will be competing for extraordinary awards! Apart from financial awards, the first and the second place winners will take part in Film Spring Open-Air – 10-day workshops organized by Sławomir Idziak. Participation in the workshops is an opportunity to create an independent project under the supervision of outstanding specialists and world famous representatives of the film industry, using the latest technology, equipment and software.

The awarded films will be a part of the Legal Culture social campaign.

Films may be sent in for the Competition together with an application form and a statement (both documents available on the website: www.festiwalgdynia.pl) until 2 September 2013 (date as postmarked) to the following address:

Further information on the Competition may be obtained at the Organizational Office of the 38. Gdynia Film Festival:

The Competition Rules and Regulations are available on the website: www.festiwalgdynia.pl

About the Legal Culture project

Due to such activities, Legal Culture forms the sense of responsibility for culture in the digital world as well as creates and supports the good practice of using legal sources, both online and offline.