Young Gala of the 44th PFF 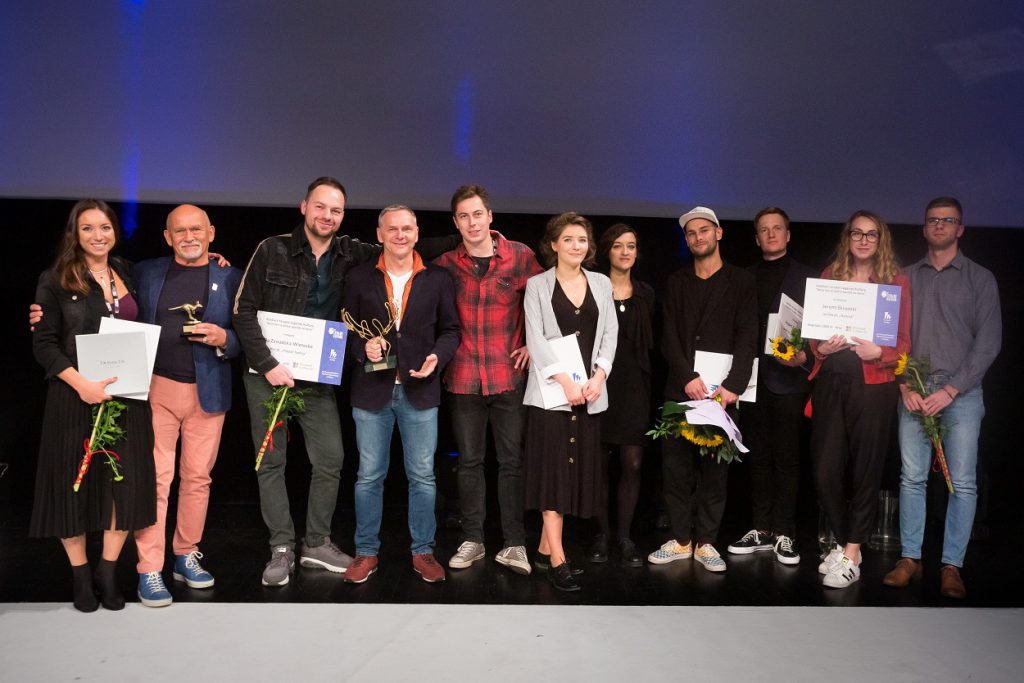 Short Film Competition Jury of the 44th Polish Film Festival in Gdynia has announced their verdict. Also on Friday, 20th September 2019, during the Young Gala at the New Stage of the Musical Theatre, a number of out-of-competition awards were granted to creators of full-length feature films.

For simplicity, authenticity and true passion in telling a story that leaves the viewer shocked. For sensitivity in portraying an individual and for an original depiction of a father-son relationship. The award is granted to a director who didn’t change the topic from beginning to the very end.

For consistent direction and reserve in depicting a hard topic. For the creation of a touching story about dealing with a loss.

HELIOGRAF AWARD FOR BEST CINEMATOGRAPHY
production support of PLN 10 000 in the form of filming equipment lent for the purpose of producing the winner’s next film for
Zuzanna Zachara for cinematography in “Bitter Herb”, dir. Maria Ornaf
(production: Lodz Film School)

For climatic photography contrasting with the story. For the ability to find beauty in ugliness and for a remarkable sense of composition.

During the Young Gala at the New Stage of the Musical Theatre in Gdynia, the following out–of–competition awards for full–length feature films were granted:

ONET AWARD
Bartosz Bielenia for his performance in “Corpus Christi”

DR IRENA ERIS AWARD
Agata Minowska for “Look at Me”

The Closing Ceremony of the 44th Polish Film Festival will take place on Saturday, 21st September 2019. On that day, we will learn the names of the winners of Golden and Silver Lions and recipients of individual awards in the Main Competition of the 44th PFF.

For more information go to www.festiwalgdynia.pl.