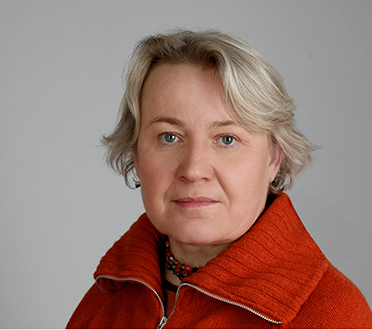 Production designer, set decorator, illustrator. She graduated from the Faculty of Graphic Art of the Academy of Fine Arts in Warsaw (diploma in prof. Janusz Stanny’s book design atelier in 1979). Since 1980 she has been dealing with film, TV and theatre art direction. She prepared production designs for many feature films, TV Theatre plays, series, theatre performances and operas. She has collaborated both with renowned directors and first-time directors – the filmmakers of the young generation.

Awarded for her designs for Filip Bajon’s films When They Were Lads and The Spring to Come (PFFF in Gdynia 1996 and 2001), Leszek Wosiewicz’s The Family Events (PFFF in Gdynia 1997). Nominated for the Eagle for The Spring to Come (2002) and Maiden Vows (2011) directed by Filip Bajon, winner of the Eagle for Feliks Falk’s The Collector (2006) and Joanna Kos-Krauze and Krzysztof Krauze’s Papusza (2014). For Papusza she was also awarded at the Waterloo Historical Film Festival 2014. Winner of awards for the production design of TV Theatre plays at the Two Theatres Festival in Sopot for Parasite (2004), Flaw (2006) and The Morality of Mrs. Dulska (2013) directed by Marcin Wrona, Najweselszy człowiek directed by Łukasz Wylężałek (2012). The play directed by Marcin Wrona (2016) won the festival’s Grand Prix and its production design received a Special Mention.