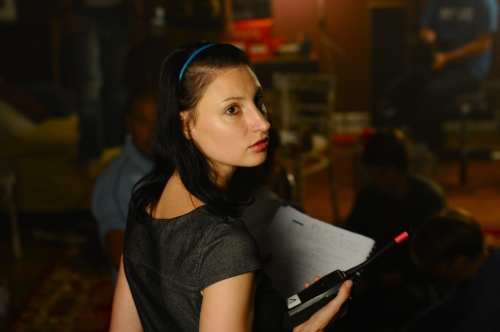 She was born in 1978 in Opole. She graduated from Film Theory at the University of Silesia in Katowice, and then from Directing at the Faculty of Radio and Television.

Her works were noticed in college. Her short film made on the first year of her studies, “Pielęgniarz” won the award at the National Festival “Ziemia przede wszystkim” (2004). The graduation film “Landryneczka” won several awards and was also approved by the audience. The successful education at the Radio and Television Faculty at the University of Silesia in Katowice resulted in a proposal to shoot a documentary within the Polish-Russian project “ Polska – Rosja. Nowe spojrzenie “. This resulted in shooting in Moscow a documentary entitled “Moskiewska żona”.

The greatest success was her last film, produced within the programme entitled “30 minut”. So far, the recognition of this work has been proven by six major awards at various film festivals. One of the most important awards is the award in Young Cinema Competition at the Polish Film Festival for the ”ambitious and very successful portrait of three generations in contemporary Poland.” Particularly significant was also winning the Koszalin Festival of Film Debuts “The Young and Film”, the most important film festival of this kind in Poland. She received the Little Jantar for best short film.

Barbara Białowąs also received two artistic scholarships:
• In 2007, Polish Filmmakers Association
• In 2008, the Ministry of Culture and National Heritage
Awarded the Silver Laurel of Skills and Competence in the field of culture in Opole province.