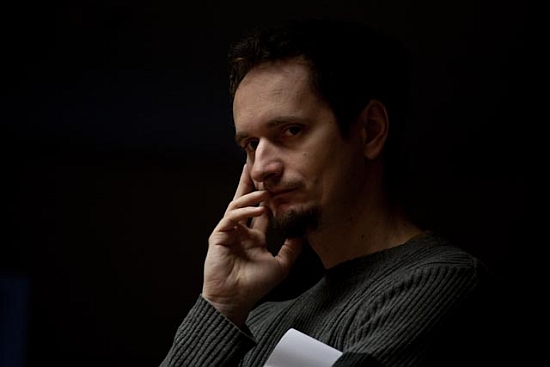 Born in 1972. Graduated in Film Studies at the Jagiellonian University in Kraków, Journalism at the University of Warsaw, Directing at the Radio and Television Faculty of the University of Silesia in Katowice and completed a course in documentary and feature films in Andrzej Wajda Master School of Film Directing in Warsaw. The author of documentaries, “Goat Walker”(2005) and “Rabbit a la Berlin” (2009), and the short story “Three for the taking” (2006). He is one of the most awarded young directors. He won many major festivals, such as Hot Docs Toronto, Documenta Madrid, Hamptons USA, Krakow Film Festiwal, Planete Doc Review. “Goat Walker” was honoured by Planete TV Channel on Berlinale in 2004 and later broadcasted in the channel’s units all over the world. “Three for the taking” won 12 awards on several festivals, e.g. Grand Prix at the Brest Film Festival and Best Debut Award at the Message to Man in St. Petersburg. “Rabbit a la Berlin” was nominated for an Oscar.

“Fear of Falling” is his debut full-length feature film.