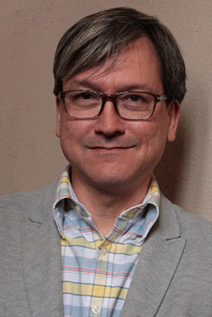 Artistic Director of the Edinburgh International Film Festival, film critic, journalist. Author of books about the comedy actor Jerry Lewis, the American director, actor and film producer Otto Preminger (“The World and Its Double: The Life and Work of Otto Preminger”) and Jacques Tourneur, the French horror film director (“Jacques Tourneur: The Cinema of Nightfall”).
Chief editor of the anthology “Defining Moments in Movies” (also known as “The Little Black Book of Movies”). Editor of “Undercurrent” film magazine, the FIPRESCI bimonthly. He writes on films and film festivals in numerous magazines and anthologies. He lectures on aesthetics and the history of cinema at universities in Tokyo, Yale, at the Rhode Island School of Design. Since 2012 he’s been the artistic director of the Edinburgh International Film Festival.