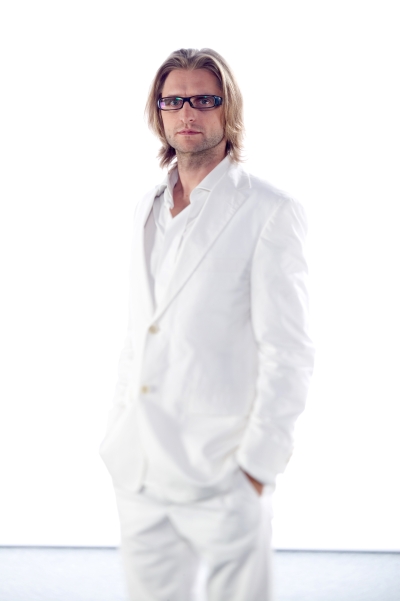 One of the best Polish jazz musicians, a world-class pianist, bold explorator and original composer who has his own musical language. Born 23rd March 1971 in Gdansk. He started playing the piano when at the age of five and in 1996, after going through all levels of education, he graduated from The Stanisław Moniuszko Academy of Music in Gdansk. Jazz cought his attention during the senior year at high school. Możdżer gained experience in clarinettist Emil Kowalski’s band and had his first practice with the band Miłość on the 20th birthday. Early in in his musical career, he was also a member of Zbigniew Namysłowski quartet. In 1993, he was recognised with an individual award on The International Contest of Young Jazz Bands “Jazz Juniors”. Since then, he was the absolute favourite of all “Jazz Forum” magazine reader surveys in a piano category. Twice acknowledged as a Musician of The Year (1995, 1996).

Leszek Możdżer won many prestigous awards, among many:

• the Krzysztof Komeda Award given by Polish Culture Foundation – 1992

• 1st prize on the International Jazz Improvisation Competition in Katowice – 1994

• the Mateusz Święcicki Award given by Polish Radio Three

• Grand Prix “Melomani” – Artist of the Year 1997, an award given by Towarzystwo Przyjaciół Muzyki in Lodz

• Polityka’s Passport given by “Polityka” magazine – 2004

• The Grand Prize of the Culture Foundation – February 2006

• Fryderyk 2011 for the album “Kaczmarek by Możdżer” in a category Album of the Year –Original Soundtrack.

Leszek Możdżer recoded with the most prominent jazz musicians: Tomasz Stańko (“Pożegnanie z Marią”), Janusz Muniak (“One And Four”), Michał Urbaniak (“Live In Holy City”), Piotr Wojtasik (“Lonely City”, “Quest” with Billy Harper and “Hope” with Dave Liebman), Adam Pierończyk (“Live In Sofia” and “19-9-1999”), Henryk Miśkiewicz (“Ja nie chcę spać”), Anna Maria Jopek (among many: “Bosa”, “Barefoot”, “Upojenie”, “Farat”). He worked with Zbigniew Preisner (among many: “Requiem dla mojego przyjaciela”, “10 łatwych utworów na fortepian”) and for years now has been cooperating with Jan Kaczmarek who lives in Los Angeles (recordings for the 20th Century Fox record label and Mira Max); their collaboration includes the Oscar-winning soundtrack to “Finding Neverland”. Możdżer wrote the music for a documentary “PUB 700” (where he performs as one of the characters) directed by Sylwester Latkowski and for “Insatiability” – a feature film directed by Wiktor Grodecki based on Witkacy’s novel.