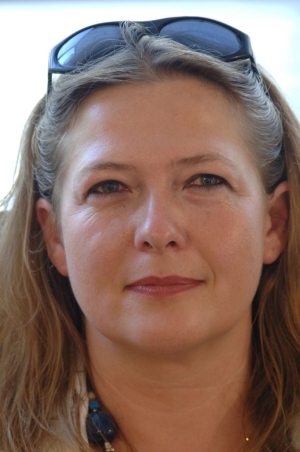 Graduate of MA studies at the University of Amsterdam and at Comenius University in Bratislava. The owner of The European Diploma in Cultural Project Management. Since 1997, Ludmila Cvikova works as a selector at International Film Festival Rotterdam where she searches for new talents and chooses films from the Eastern Europe, the Balkans, Iran, Turkey, Greece and the Middle East. Organiser and curator of numerous cultural events, programmes and retrospectives in the Netherlands and outside. She co-worked with the Museum of Modern Art in New York under the programme of the Czechoslovak New Wave retrospectives. In the past, Ludmila Cvikova was a consultant at various international festivals (Karlovy Vary, Locarno, Sarajevo). For two years, she performed duties of the art director of the Art Film Fest in Slovakia – her homeland. Curently, she is a consultant at The Golden Apricot Yerevan International Film Festival in Armenia and International Film Festival Bratislava. Since 2008, she is a slectioner at Anonimul International Independent Film Festival in Romania. Cvikova is a commissioner for the Hubert Bals Fund. At the same time, she searches for new talents and film projects for the Fund and co-production market CineMart under International Film Festival Rotterdam. Besides consulting and curating, Ludmila translates and occasionally writes. She has extensive experience as a member of the jury at international film festivals and as a consultant in various areas of film industry.