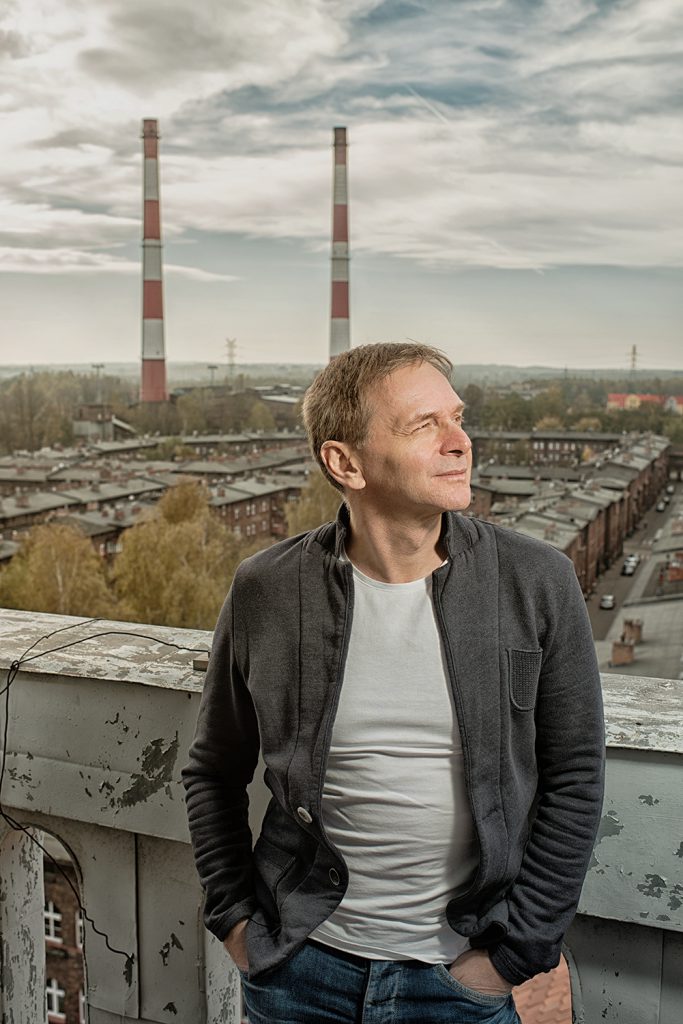 Born in Katowice, he graduated in Journalism from the University of Silesia in Katowice, in Screenwriting from the Łódź Film School and in Directing from the Faculty of Radio and Television at the University of Silesia in Katowice. Author of documentaries, including By Knock-Out (1995), Zostanie legenda (1997), of TV Theatre plays: Kaliber 9 (1996), Padnij (2005), Komu wierzycie (2006), Rodzinny show (2007/2008) and TV films: Inferno (2000/2001) as part of the Generation 2000 series or The Feast of Saint Barbara (2005) from the Polish Holidays series. In 2008 his first feature-length film Splinters had its premiere and it was awarded for Best Debut at the Polish Feature Film Festival in Gdynia in 2008. His second film, Life Feels Good (2013) was immensely successful in Poland (incl. the Silver Lions and the Audience Award at 2013 Gdynia Film Festival) and around the world (incl. 2013 Montreal IFF – Grand Prix and the Audience Award; 2013 Chicago IFF – the Silver Hugo and the Audience Award). Maciej Pieprzyca’s next film, I’m a Killer, won the Silver Lions and the Best Screenplay award at 2016 Film Festival in Gdynia. The film had its international premiere in 2017 during the Shanghai IFF where Pieprzyca won the Best Director award.