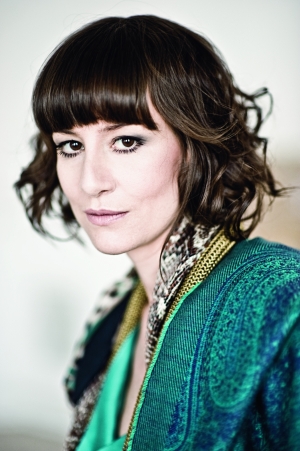 Born 3rd Spetember 1972. Theatrical and film actress. Graduate of Ludwik Solski Academy for the Dramatic Arts. In 1996, at the Theatre Schools Festival she won a Grand Prix for her diploma performance in “Platonov” directed by Krystian Lupa. Ostaszewska frequently worked with the finest theatrical directors such as Jerzy Grzegorzewski, Grzegorz Jarzyna and already mentioned Krystian Lupa. For years, she has been working with Krzysztof Warlikowski and currently is professionally involved in his Teatr Nowy in Warsaw. Maja Ostaszewska has been repeatedly awarded for her theatrical activity, among many, with the Jacek Zelwerowicz Award for the season 2006/2007 given by the “Teatr” magazine for her role as Harper Pitt in Angels in America directed by Krzysztof Warlikowski.

She has also played roles in pictures by many excelent film directors. Her portfolio lists among many: “The Pianist” by Roman Polański (2002), “Katyń” by Andrzej Wajda (2006), “How Much Does the Trojan Horse Weigh?” by Juliusz Machulski (2008), “The Courageous Heart of Irena Sendler” by John Kent Harrison (2009), “Janosik. The True Story” by Agnieszka Holland and Kasia Adamik (2009) and “Entanglement” by Jacek Bromski (2010). Twice a winner of the award for the actress in a leading role at the Polish Film Festival in Gdynia: in 1998 for her role in “The Harbour” (dir. Jan Hryniak) and in 2000 for her roles in two films: “I’m Looking At You, Mary” (dir. Łukasz Barczyk) and „Primate – Three Years from a Thousand” (dir. Teresa Kotlarczyk). Among many other film accolades, she was given the Golden Duck Award of “Film” magazine for the best Polish actress of the year 2000 and in 2005 – the Zbyszek Cybulski Award for her role in “Changes” by Łukasz Barczyk. For the same creation she was recognised with Special Jury Award at the 21st Torino Film Festival. On 9th January 2001, the weekly magazine “Polityka” presented her with “Polityka’s Passport” for the “exceptional film roles, for modern and sensitive portreyal and for acting that is always authentic.”