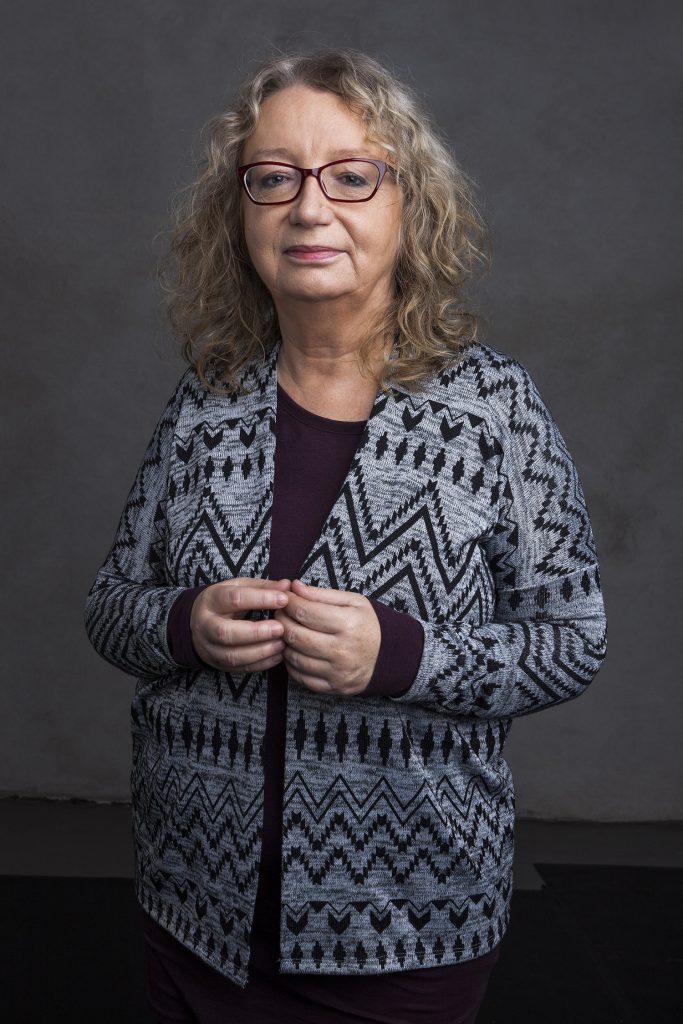 Screenwriter and director. She graduated from the Wrocław Fine Arts Academy (1978) and the Radio and Television Faculty of the University of Silesia in Katowice (1982). In 2008 she got her PhD title in film art. Author of many documentaries awarded in Poland and abroad; in 1988 she received the Stanisław Wyspiański Award for career achievement in that area. She also makes feature films and TV Theatre plays. Lecturer of the Łódź Film School. In 2013 decorated with the Knight’s Cross of the Order of Polonia Restituta for “outstanding merit in researching, documenting and commemorating the history of March ‘68”.