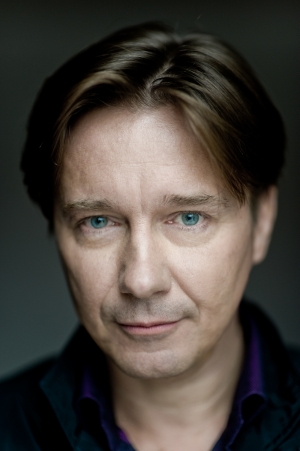 Opera, film and theatrical director. The artistic director of the Teatr Wielki – Polish National Opera druing 2005/06 season and since 2008. Graduate of Film and TV Direction Department at Lodz Film School. Having debuted with television film “Zad wielkiego wieloryba”, he also directed “Farewell to Autumn” (1990) based on Witkacy’s novel (film premierd at the Venice Film Festival; Andrzej Munk Award and the Ministry of Culture and Art Award for the best debut), “A Gentle Creature” (1995) based on Fiodor Dostoyevsky’s short story and “Egoists” (2001). Treliński was the artistic director of the Karol Irzykowski Studio (1990-92). His debut at the National Opera came in 1995 with the directing of chamber spectacle “Heartsnatcher” by Elżbieta Sikora based on the prose of Boris Vian (the Warsaw Autumn Festival, the Pompidou Centre in Paris). In May 1999, on the same boards premiered his renown staging of Puccini’s “Madame Butterfly” with the set design by Boris Kudlički (henceforth director’s permanent associate). Hugely successful was the staging of the spectacle in Washington Opera (2001, revived in 2006), following the invitation by Placido Domingo. Treliński’s subsequent Warsaw opera projects include: Szymanowski’s “King Roger” (2000), Verdi’s “Otello” (2001), Tchaykovsky’s “Onegin” (2002) and Motzart’s “Don Giovanni” (2002; Los Angeles Opera – 2003, conducted by Kent Nagano).

In 2001, the artist won the Karol Szymanowski Award for the directing of “King Roger” and “Polityka’s Passport” award. Later, he also directed Tchaykovsky’s “The Queen of Spades” at Staatsoper unter den Linden in Berlin conduced by Daniel Barenboim with Placido Domingo as Herman (2003) (also staged at the Polish National Opera 2004), Giordano’s “Andrea Chénier” (Grand Theatre in Poznan and Washington Opera 2004, the Polish National Opera 2005) and “La Bohème” by Puccini (the Polish National Opera 2006, Washington Opera 2007). In 2005, his staging of “Madame Butterfly” premiered at the Mariinsky Theatre in Saint Petersburg, in 2008 – on the stage of Israeli Opera in Tel Aviv, and in 2009 – at Palau de les Arts in Valecia.

In 2006, Mariusz Treliński was recognised with the Konrad Swinarski Award given by “Teatr” magazine for the directing of “Andrea Chénier” and “La Bohème” at the Polish National Opera. In 2007, he created a new staging of “King Roger” for the Wrocław Opera, which was revived a year later in the Mariinsky Theatre in St. Petersburg conducted by Valery Gergiev and during the Edinburgh International Festival. Also in 2008, he directed Mussorgsky’s “Boris Godunov” at the Lithuanian National Opera and Ballet Theatre in Vilnius and Gluck’s “Orfeo ed Euridice” at the Slovak National Theatre in Bratislava (co-produced with the Warsaw Polish National Opera). In 2009, at the Mariinsky Theatre premiered two one-act operas: Rachmaninov’s “Aleko” and Tchaykowsky’s “Iolanta” (the latter published on DVD with Anna Netrebko in the title role) soon shown on the festival in Baden-Baden. In the same year, Treliński directed the premiers of “Orfeo ed Euridice” and “Boris Godunov” on the boards of the Polish National Opera. In 2010 in Warsaw, he showed Verdi’s “La Traviata”. “The Dame of Spades” premiered at the Grand Theatre in Lodz. The director presented the next staging at the Israeli Opera in Tel Aviv. In January 2011, his “Onegin” premiered at the Palau de les Arts in Valencia, and in April 2011 – “Turandot” on the boards of the Polish National Opera.