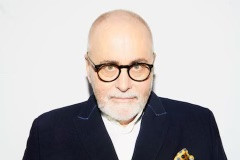 One of the most appreciated and experienced producers and directors in Poland. Graduate of the Academy of Dramatic Art in Warsaw. Founder of the Akson Studio production house. Producer of dozens of series and films, including the Oscar-nominated Katyn (dir. Andrzej Wajda) and the renowned Warsaw ‘44 (dir. Jan Komasa). Films he directed include titles such as Białasukienka, The Extras, Let’s Go to the Movies Tomorrow, Bodo or Love Is Everything. Decorated with the Knight’s Cross of the Order of Polonia Resituta and the Medal for Merit to Culture – Gloria Artis. Honoured with the Minister of Culture and Art Award for directing Sławomir Mrożek’s play The Tailor. Winner of the Best Producer Eagle award for Kroniki domowe. Member of the European Film Academy.