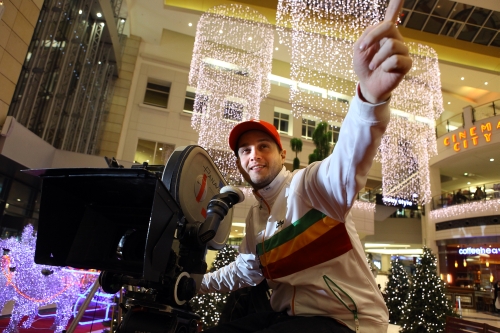 Born in 1981 in Slovenia. He graduated from economy, but his passions are film directing and cinema. In 2001 for his first short film “Be Flexible” he was awarded, among others, at the festival Motovun, Croatia. Three years later his debut feature “Here and There” produced with almost no budget became a huge hit in Slovenia, gained wide distribution and was presented at several European film festivals. In 2007 he received a nomination from the British Council for the International Young Film Entrepreneur of the Year Award (IYFEY), and was also presented in the Screen International magazine as the European Star of Tomorrow. In the same year the Polish broadcaster TVN invited him to direct the popular series “39 ​​and a half” and then to cooperate on the project “Letters to Santa”. Mitja Okorn is also the author of many award winning commercials and music videos.