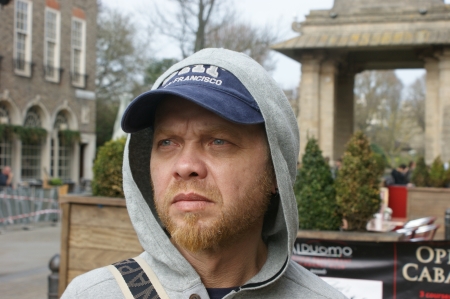 Director, playwright and screenwriter. Graduate of Culture Studies at Adam Mickiewicz University in Poznań, Lodz University and the University of Silesia in Katowice as well as Radio Direcing and Film and Television Directing at the Facultiy of Radio and Television, the University of Silesia in Katowice. The author of theatrical plays and feature film screenplays. He directed, among many, his own play „Od dziś będziemy dobrzy” for the Television Theatre, the adaption of Tomasz Piątek’s “Heroin” at the Studio Stage of The National Theatre and recently his own monodrama at the Teatr Wytwórnia in Warsaw. Also, a creator of many documentaries, programmes and reportages for the Polish Television TVP and Canal+. Frequently awarded in the country and abroad for his feature film debut “Mother Teresa of Cats”. The winner of “Polityka’s Passport” in the category Film. Lives in Warsaw.