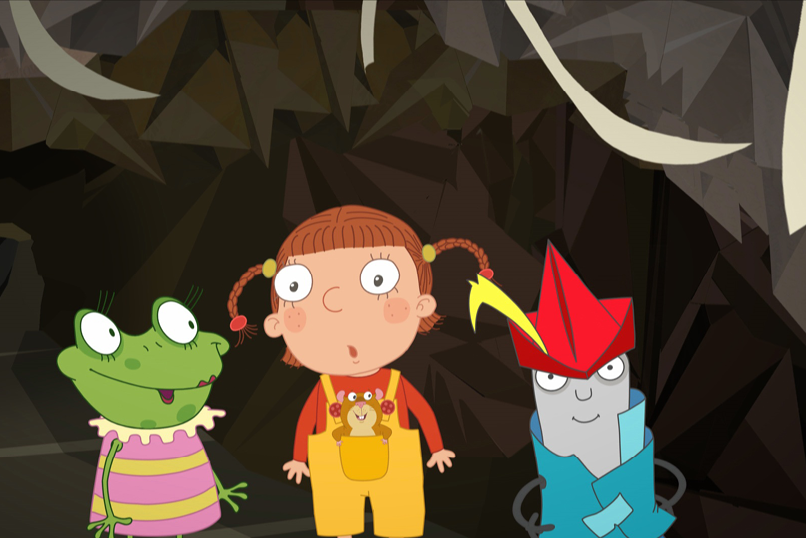 Agatha finds a torn notebook and accuses Cyryl. He says it wasn’t him but some… Sugarmunch. Soon, the Sugarmunch snatches up a book from Agatha that she was reading to Cyryl and tears a page. The Sugarmunch is most interested in the story about a piper who led rats away from the city because the Sugarmunches have the same problem. Agatha decides to help the Sugarmunches and takes Klementyna the Frog along to drive the rats away with her singing. On their arrival it turns out that the Sugarmunches live underground with moles. Agatka helps them make up and become friends. In the real world Julek, Agatka’s brother, patches up the torn page and reminds her to be more careful in the future…