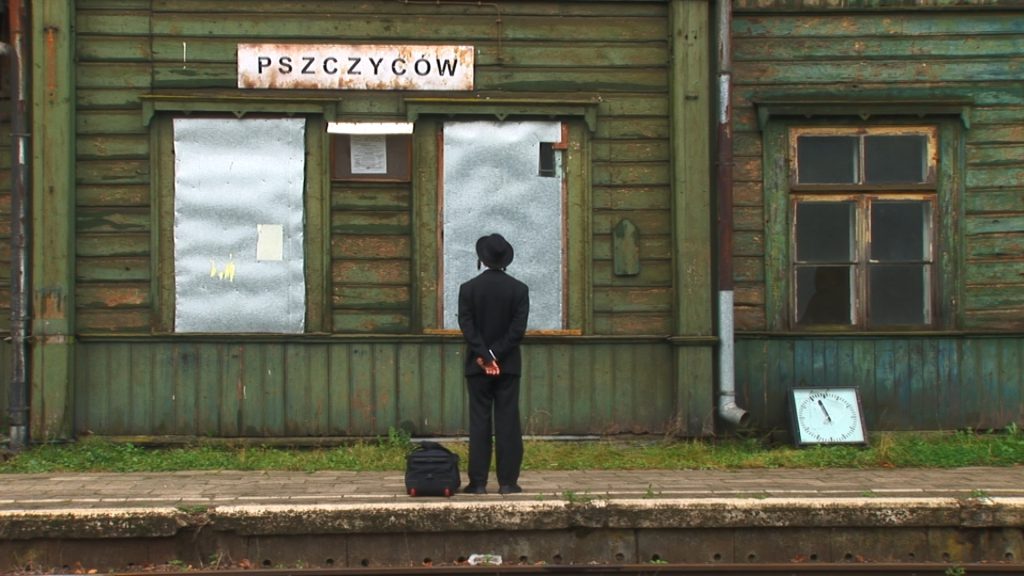 Unexpectedly, a young man arrives in the town. He could have been called a perfectly mediocre man, hadn’t it been for his side curls protruding from under a black hat. The guest involuntarily reminds the inhabitants of a world that doesn’t exist anymore. Some can even think that it never existed. People confide in him in secret, as if they wanted to cleanse themselves from memoirs or stories heard. When the man leaves, the town will not be the same as it used to be – certainly not for the upcoming two weeks.