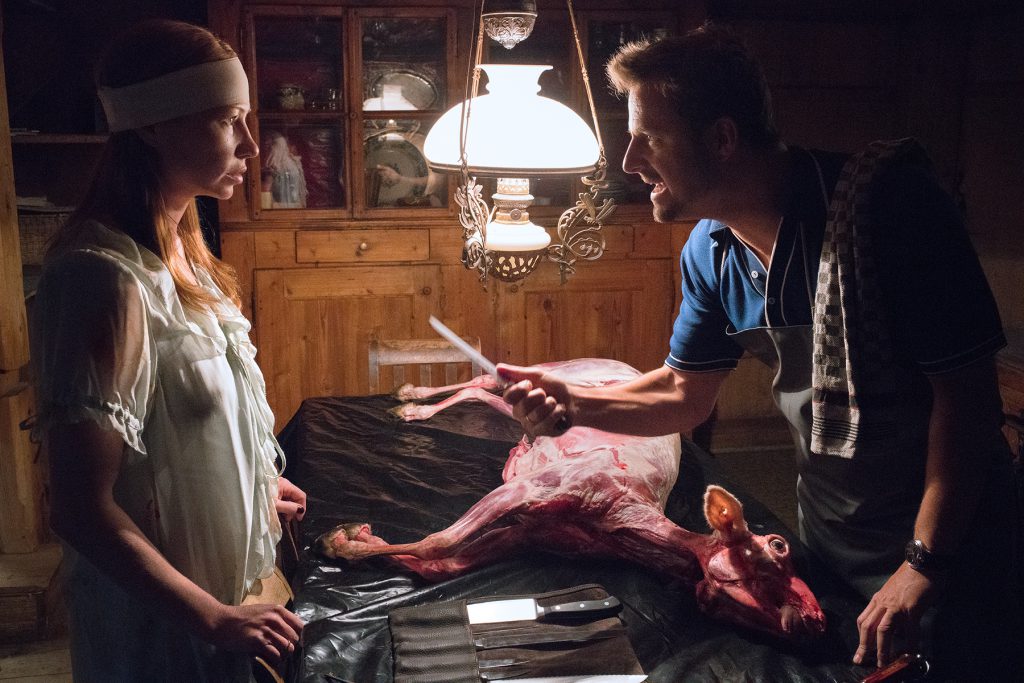 A young woman, Andrea, throws herself out of the window of the third floor of a tenement in Vienna. Some time earlier, a couple lives in the same tenement: Nick, a professional cook, and Anna, an author of books for children. Anna thinks that Nick is having an affair with Andrea, however, she is planning on saving her relationship. With this aim in mind, they are going to Switzerland together. On a country road, they knock over a sheep, which initiates a series of strange and disturbing events. During the absence of Nick and Anna, Mischa, a PhD student at the Fine Arts Faculty, is taking care of their flat. Anna thinks that Mischa looks like Andrea and that she has seen her in Lozanna. Soon, different levels of reality start to overlap, boundaries get blurred. Anna is wondering whether she is going mad…