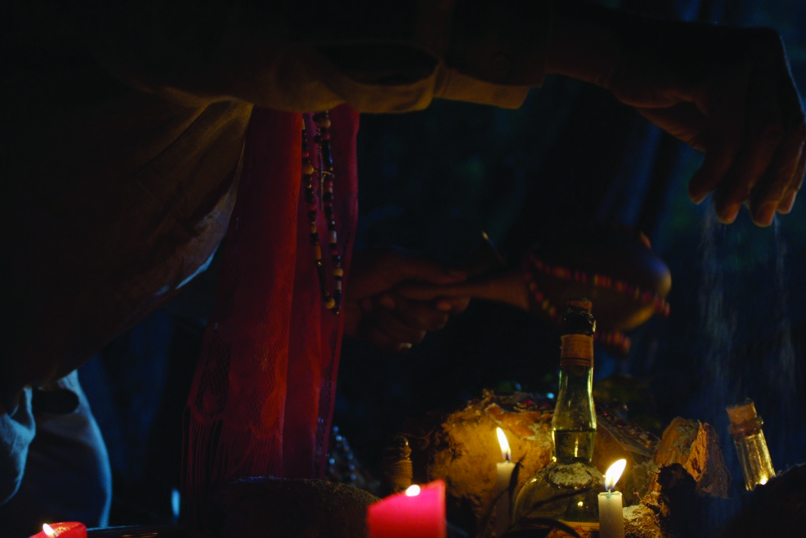 1980. Poland is in an economic crisis, grey is the predominant colour
and the people are full of prejudice and prudery forced on them by the
political system and religious upbringing.
This is when a group of
Haitians invited by Jerzy Grotowski, one of the reformer of Polish
theatre, comes to Poland. There is a young voodoo priest, Amon, among
them, who has Polish blood running is his veins. His ancestors were
Polish legionnaires of the Napoleonic era. A fascination with the
country of his forefathers awakens in Amon and he decides to stay here
for longer to help his new homeland and open the Polish hearts and
minds. When martial law is imposed on 13th December 1981, Amon performs a
ritual to drive out the evil forces from General Jaruzelski’s soul.

The film received Special Mentions at the festivals in Jihlava and Montreal.