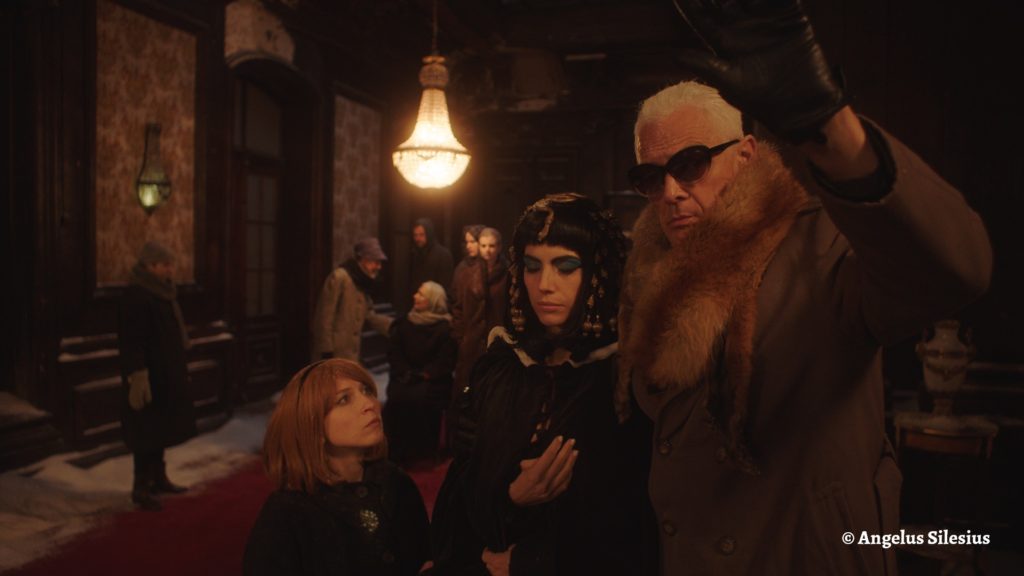 Mid-twentieth century in the Polish People’s Republic. Adam lives with his mother who is being bothered by the Security Service officials. During WWII, Adam’s father was defending Albion as a pilot and then he went missing. Parcels and postcards arrive from him but Adam – who has never seen him – suspects that they are being sent by someone else. When in school, Adam continuously dreams about his father landing his Spitfire on the unswept football pitch sending up clouds of dust from which he would emerge alive, heroic and magnificent.

A story based on Telemachus’s journey in search of his father and similarly to the one by Homer, this one is also full of encounters with mythical beings and looking for analogies in the mythology of contemporary pop and political culture.