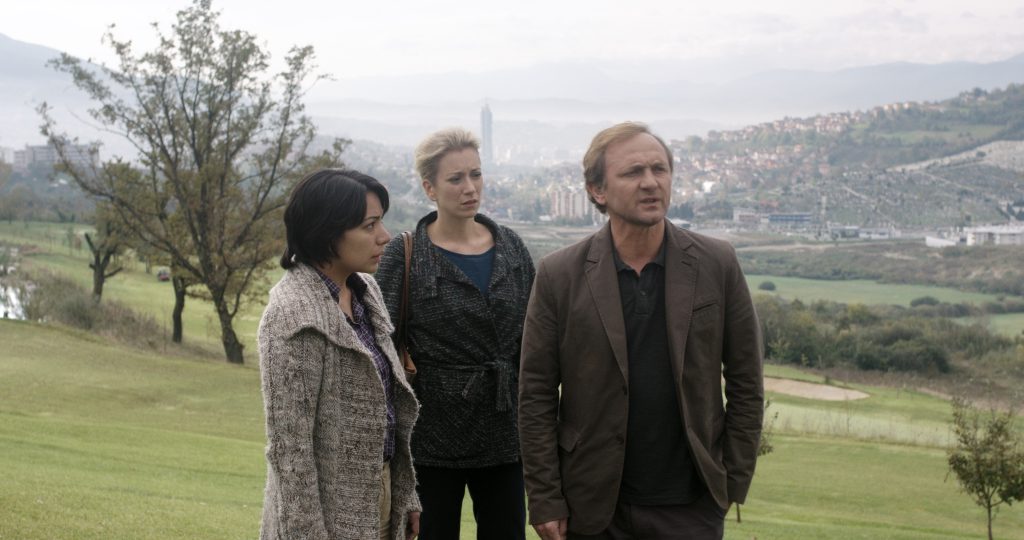 Catalina comes from Colombia and studies law in France where she has just been denied the right to prolong her stay. Following the advice of one of her professors, the girl decides to go to Sarajevo and try to get access to the materials of the International Criminal Court of Justice for the Former Yugoslavia. The data collected can help her in writing an interesting piece of paper, which would in turn enable her to stay at the University in France. On site, Catalina quickly realises that her plan has not worked out as she has not received a permission for access to the archives. The interpreter of the mission, Nada, gives a hand to Catalina and persuades her to stay in Sarajevo. Friendship arises between the women.