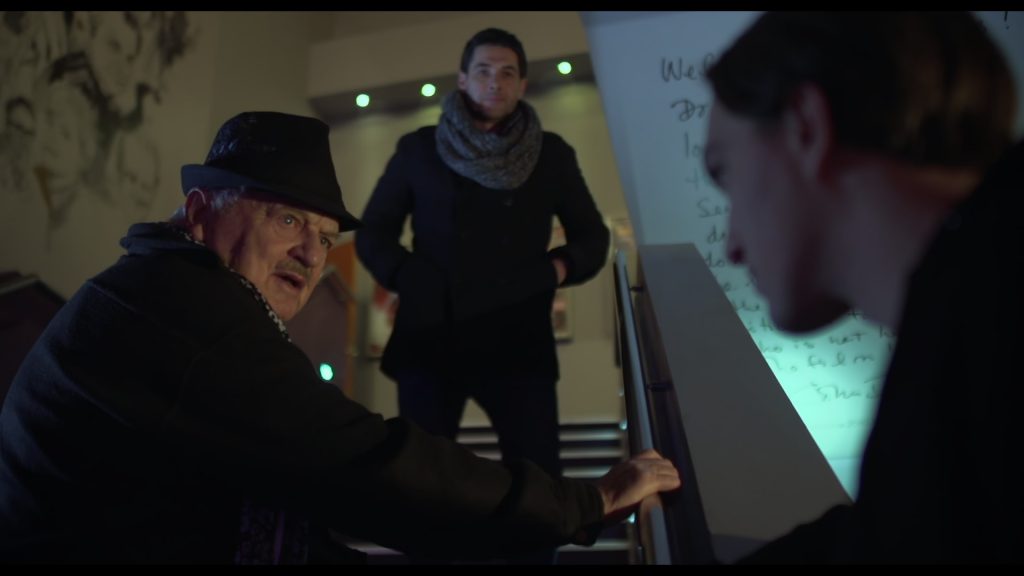 A story about two men – a celebrity starring in flicks and commercials and a much older has-been. Whatever brought them together, when the former learns his one night stand is pregnant, the time to say goodbye is near. The latter doesn’t know his way around show business, and the father-to-be rejects his half-baked ideas. Senility, inability to keep pace with the modern world and a yoke of homosexuality the older man fights bring their relationship to a bitter end.