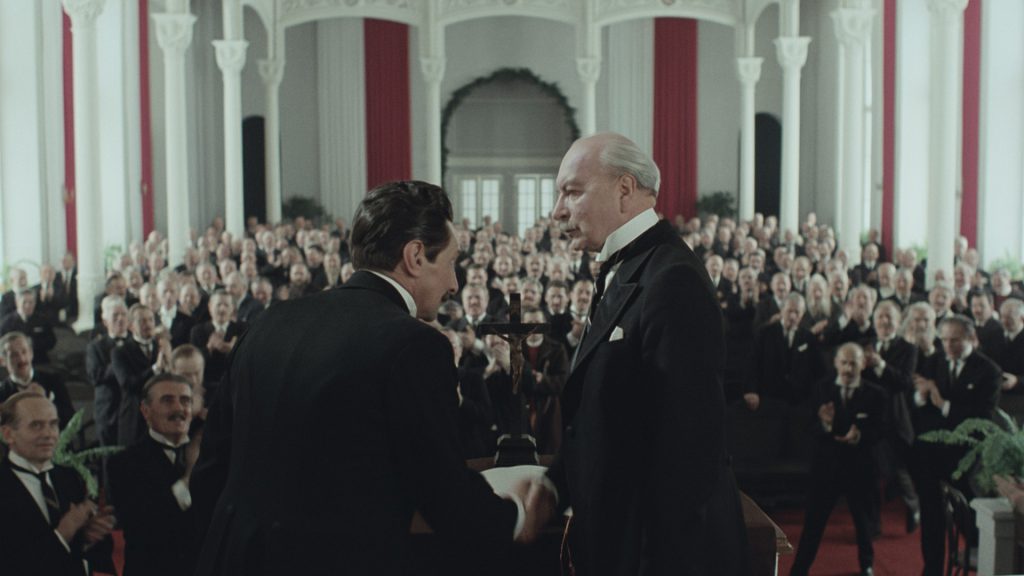 Death Of A President

The short presidency of Gabriel Narutowicz is an excuse to explore a social panorama of Poland shortly after World War I. The film deals with events related to presidential elections and perfectly captures the atmosphere of that time best reflected in public feelings during the funeral of the murdered President.

Plot-wise, a reconstruction of events portraying Narutowicz as an enlightened statesman is accompanied by the last word of the murderer before being sentenced to death.

A study of political fanaticism and the extremes of patriotism. Outstanding performances by Zdzisław Mrożewski and Marek Walczewski.

Among many other accolades, the film received the Silver Bear for an outstanding artistic contribution at the 1978 Berlinale as well as the Special Prize of the Jury and the award for sound at the 4th Polish Film Festival in Gdansk, 1977.