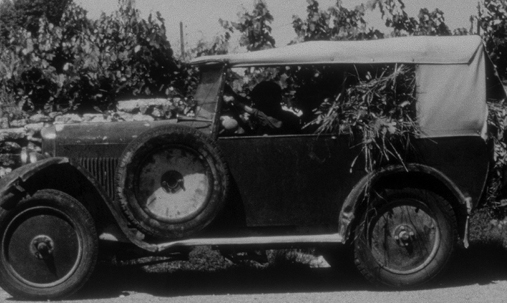 In hindsight, Diptych stands as in many ways the cornerstone of Borowczyk’s
inimitable approach to cinema. Here, Borowczyk presents two, seemingly distinct
‘volets’. In the first, we see an old farmer, accompanied by his knackered
dog, riding a clapped out jalopy back home. Shot hand held, with direct sound in
grainy black and white, it makes a stark contrast to the second volet, which features
a succession of tableaux vivant in startling colour featuring house plants
and kittens playing against an aria from Bizet’s Carmen. While total opposites
both in terms of form and style, the two volets nevertheless constitute a unified
whole.