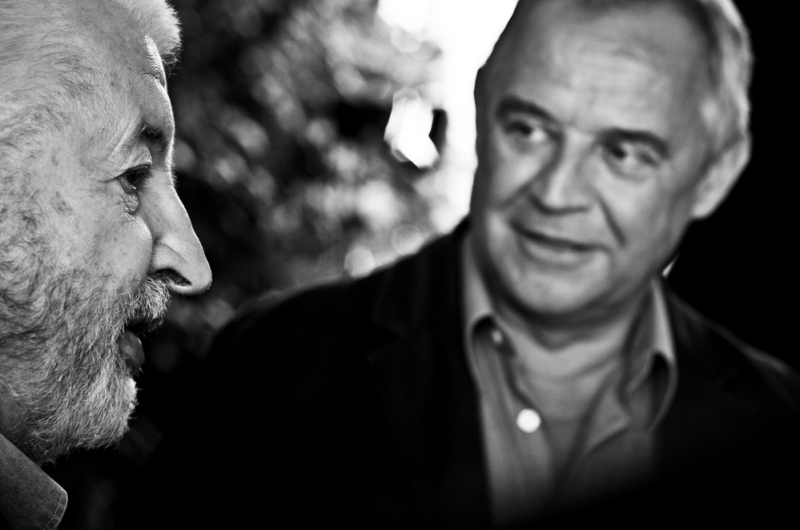 Dream Is Life Itself. A portrait of the film director Janusz Majewski … and not only

2013, 0 h 59 min
Director Janusz Majewski has already reached the age of the so-called autumn of life.

Hiking in solitude, he climbs a rolling hill with a characteristic white garden house at the top. He enters it and discovers an antechamber leading… to Heaven where he is received by the Holy Keeper of the Keys of this Place. They start a humorous dialog which at the same time is a confession of his credo and a presentation of events from his life with special emphasis on the Lviv genealogy which the Artist is particularly attached to. He confesses his sins, mainly SALIGIA ones, or the seven deadly sins. The dialog is interrupted by short excerpts from his films which indirectly allude to the discussed topic. Authentic characters from his filmography start appearing and joining the conversation. There are also people who have played an important role in the Protagonist’s life and who can vouch for him…