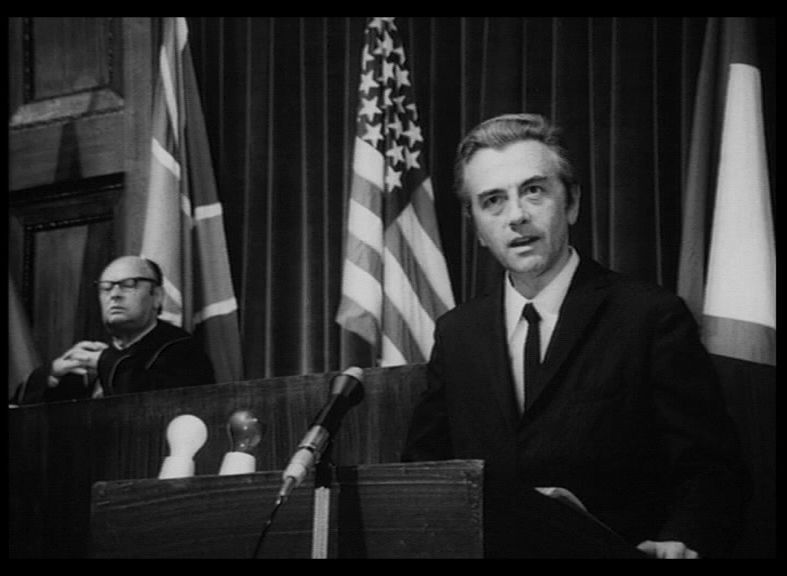 The film, maintained in the convention of theatre of fact, is a shocking reconstruction of the historical process and a thorough analysis of the greatest crime in human history, its motives, mechanisms and main characters. The film stars leading Polish actors.

It was shot on the basis of the documents from the Nuremberg trials, an international body established to try the major war criminals. The historical performance was enhanced by an additional character, an eye-witness of those events, Karol Małcużyński, a correspondent of the Polish press at the trial in Nuremberg. He gives the events a tangible authenticity and terrifying horror of details. The film also includes scenes of talks of the accused criminals with the American psychiatrist, Dr. Gilbert.
KADR Film Studio