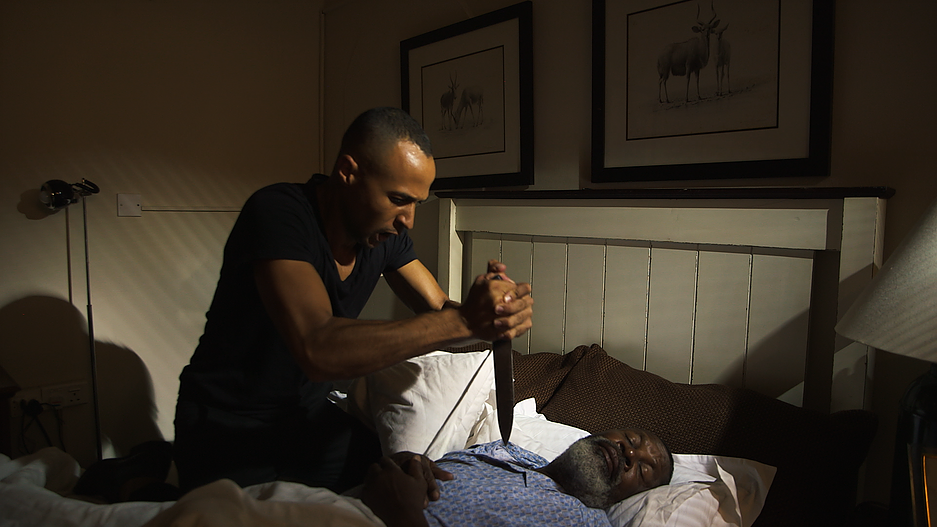 Charles, a man of mixed race in his twenties, discovers that his mother has been lying about the true identity of his father. On her deathbed, she convinces Charles to go to Zimbabwe and find the missing parent. What awaits is much different from what the son expects. Escape is a modern myth that combines African and Western archetypes: a naive hero, femme fatale, princess, witches, enigmatic prophecies and a deathbed confession. Given a rather negative representation of Zimbabwe in Western media, Escape strikes the balance. Without disguising anything, the film shows a beautiful country and its people: warm and friendly, spiritual and mysterious, noble and loyal.

Agnieszka Piotrowska director, author and film theorist. For years, she was shooting for the BBC, Channel 4, Channel 5, National Geographic and Discovery. In 2012, obtained a PhD in Psychoanalysis and Film at Birkbeck, University of London. Her doctoral thesis and subsequent book Psychoanalysis and Ethics in Documentary Film investigate a power-love relationship in documentaries – a recurring theme in her creative and academic work. Particularly praised for Married to the Eiffel Tower (2008), a documentary about women who fall in love with objects instead of people.