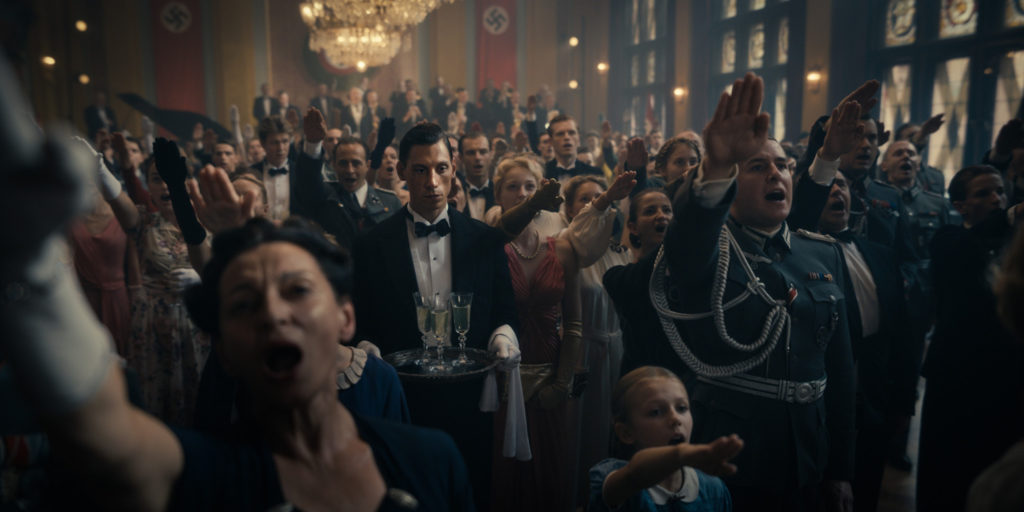 Frankfurt 1943. Filip is a cosmopolitan and lady-killer, incapable of more profound feelings. Although he has lost his whole family in Poland, in the middle of Nazi Germany he successfully eludes death. Concealing his Jewish origin, he works as a waiter in a restaurant of an exclusive hotel among other forced labourers from all over Europe. He makes the most of the world, surrounded by luxury and lonely German women. His life is one great reckless provocation. Filip’s carefully built world collapses like a house of cards once the war starts to takes its bloody toll among his loved ones. Soon, allied bombers are going to wipe this bustling Tower of Babel from the face of the earth. The film is based on the motifs of Leopold Tyrmand’s autobiographic novel Filip.