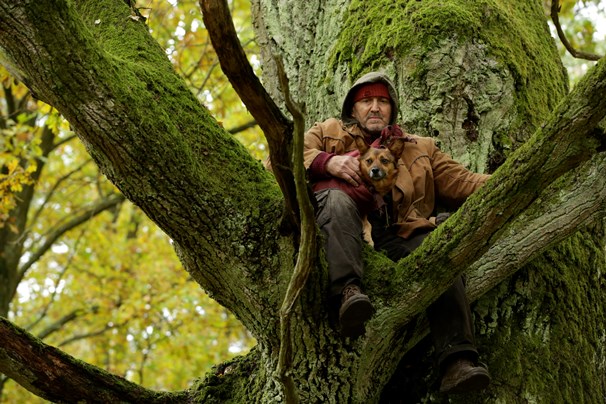 Forst is a wealthy, well-organized man. As we first meet him, he seems to be the king of the world. He’s a vice-chairman of a corporation but one day he just drops it. With all the destruction he leaves in his wake, there’s no hope of return.

Forest, 4 AM, a few years later. An old-looking half-wildling, unshaven, dirty and dressed in rags, is setting up a snare. We recognize him to be the same man – Forst. He lives in the forest, in a dugout he’d built himself, with a three-legged dog to keep him company. He feeds on the meat of hunted animals and lives in harmony with nature.