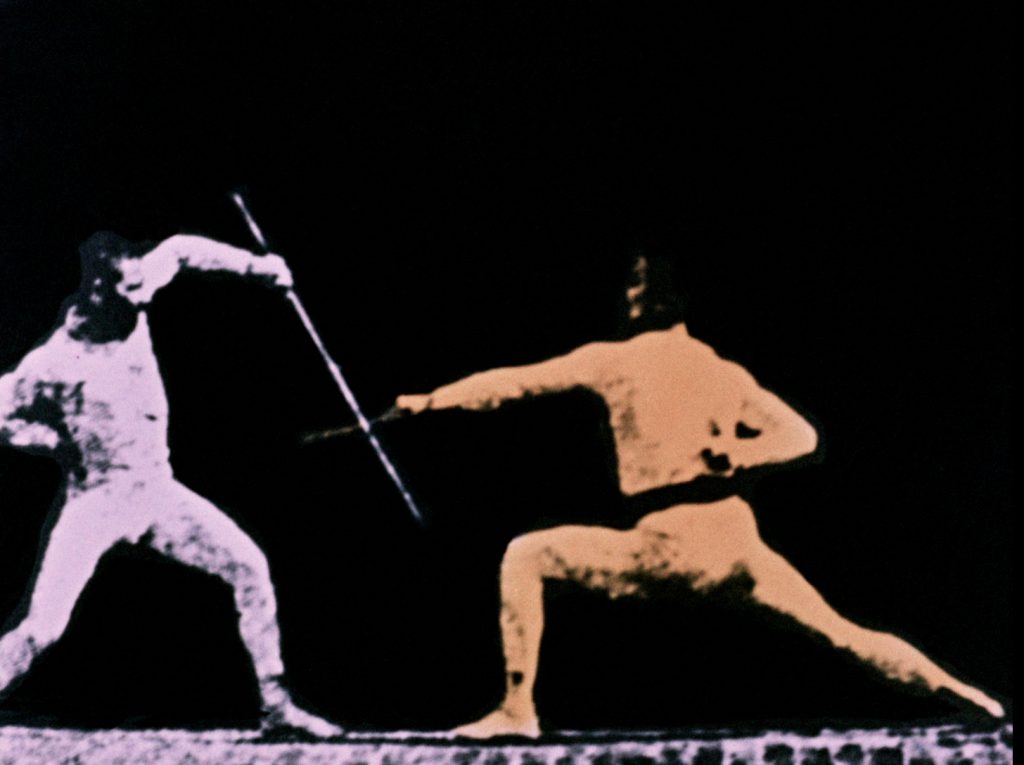 The last collaborative piece by Walerian Borowczyk and Jan Lenica, two great artists who together revolutionized the creative process and perception of animated films.
Awarded the Grand Prix at the International Experimental Film Contest organized alongside the EXPO-58 exhibition in Brussels.

House is a series of short episodes which form a storyline and formal collage – akin to how single cut-out elements form a multi-dimensional image when combined. The viewer observes a series of miniature, surreal events which take place in the rooms of an art nouveau residential building.

In terms of formal aspects House is an example of applying mixed techniques. The creators created a composition combining films with actors and various types of animation. We can see cut-outs, collages, animated objects and animated photograms by Étienne Jules Marey, photographer and cinematographic pioneer.

Lenica and Borowczyk make creative use of inspirations based in the achievements of the French avant garde films by Georges Méliès and Max Ernst, at the same time creating the foundations for animations based on the abstract, absurd and surreal.