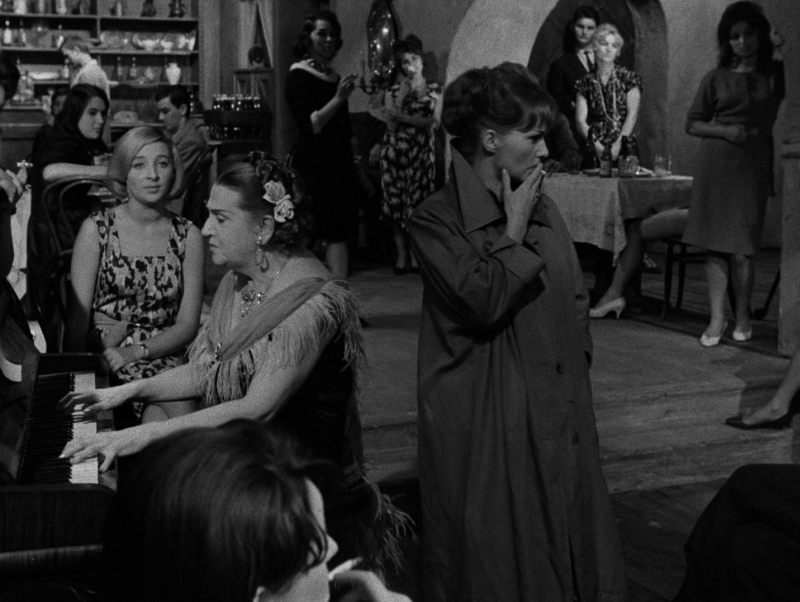 How to Be Loved

1962, 1 h 41 min
A plane heading for Paris becomes a time machine for Felicja (Barbara Krafftówna). She travels back in time to the war-time Cracow where during the Second World War she offered a safe hiding place to her greatest love, actor Wiktor Rawicz (Zbigniew Cybulski), hunted by the German secret police Gestapo. The internal monologue of the main heroine recounts the painful history of their relationship. As it shows, sacrifice was not enough for her to be loved while love could not save anyone.

An excellent film adaptation of the eponymous novel by Kazimierz Brandys. The only masterpiece of the Polish Film School with a heroine, a fact which stresses – through a mock reference to the famous scene from Ashes and Diamonds in which the heroes recall their fallen friends – the concealment of the war-time drama of women, which took place outside the boundaries of the great history, in the works of the authors of the Film School. The greatest part in the career of Barbara Krafftówna and Zbigniew Cybulski challenging the myth of Maciek Chełmicki, the protagonist of Ashes and Diamonds.