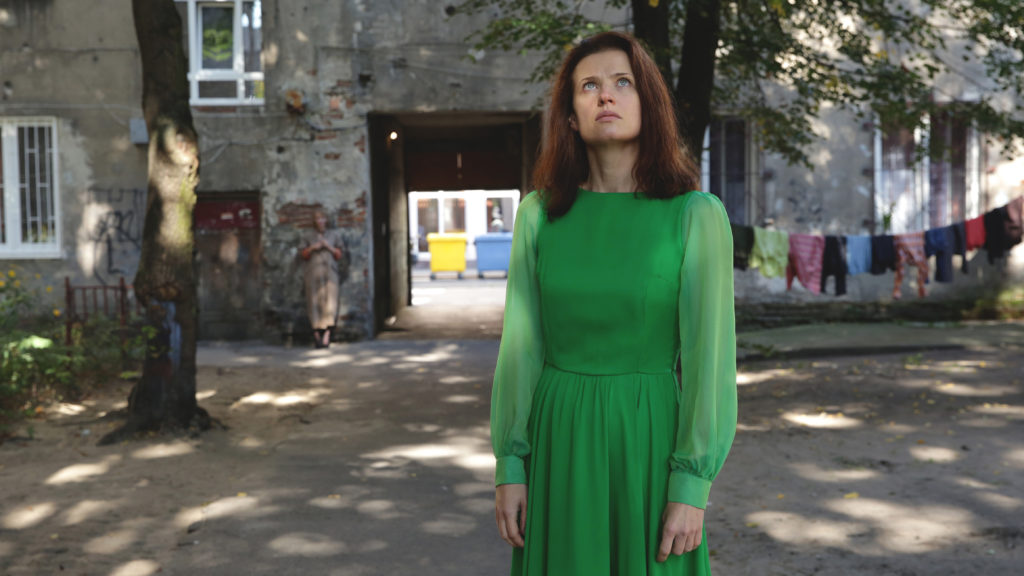 A storm causes damage to a bridge that connects the world of the living with the world of the dead. For this reason, the information about Maria’s own death reaches her with delay. She goes out to work, as if nothing happened, but people around her start ignoring her. Her loved ones can see her, but others are indifferent towards her. Not knowing what to do, Maria goes back to her Mother’s house, the place she had left when still alive. Her body has been delivered there already. Traditional rituals begin. Her body is being prepared for burial. Her family tries to convince Maria to see her own body and identify herself. It is necessary for her in order to make the news of being dead sink in. Making peace with that fact is supposed to bring relief both to her and her loved ones. But Maria rebels. She does not give her consent to die.