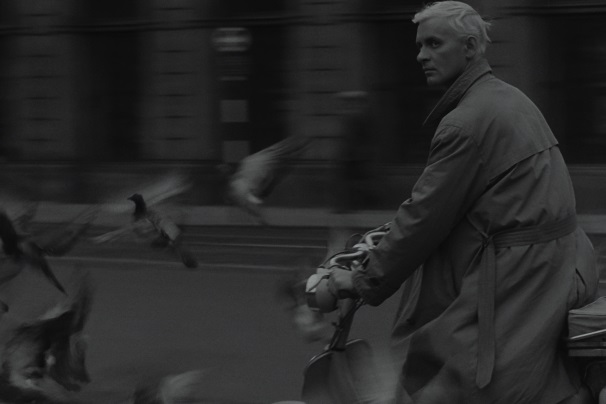 Warsaw, the beginning of the 1960s. Bazyli, a doctor who moonlights as a jazz drummer, meets Pelagia at a night club and spends the night with her in his studio. Their encounter begins with caustic verbal wit and then incorporates a risky game that, depending on the score, may lead to sex. But are they really so cynical, or are they just trying to hide a mutual longing for love?

This is New Wave cinema, Polish style: the “beautiful twentysomethings” live and breathe the air of the political and cultural thaw of the late 1950s, but also live from hand to mouth. They listen to once forbidden jazz (the music of Krzysztof Komeda) and even play it themselves. They roam the night spots, they ride their scooters, and pick each other up…

The title of the film is taken from Adam Mickiewicz’s poetic drama “Forefathers’ Eve”, and gives another name to that generation. These “innocent sorcerers” enraged the rulers of the Polish People’s Republic by living lifestyles so far removed from socialist ideology.

That’s how things used to be. Today, we celebrate Komeda’s music, the sophisticated dialogue from the script by Jerzy Andrzejewski and Jerzy Skolimowski. We enjoy the view of Warsaw of the late 1950s and the wry look at the people negotiating its pitfalls: Zbigniew Cybulski, Krzysztof Komeda, Roman Polański and Andrzej Trzaskowski provide memorable onscreen support to Tadeusz Łomnicki and newcomer Krystyna Stypułkowska.