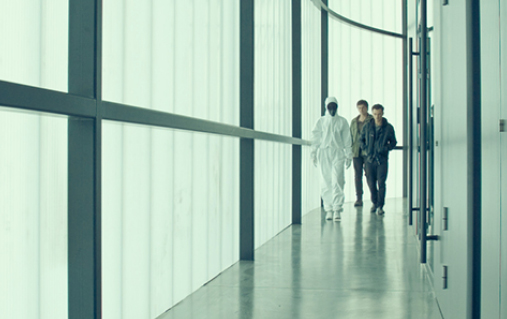 In an undefined future, in an Eastern coutry dictatorially ruled by a corrupt class of dignitaries, two brothers live. After the Younger is subjected to questioning and beaten, and the Older’s flat is vandalized, the situation becomes tense. In the last minute, the Younger manages to organise a flee to the neighbouring, technologically advanced, rich and free country. He sets off the one-way journey together with his older brother, his wife and daughter. The family manages to avoid the military and penetrate the closer border. Things get complicated during their migration through the buffer zone, when the immigrants are almost at their dream destination. The techno-cratic “West” will greet them with open arms and provide them with a shelter but not in the way they expected.