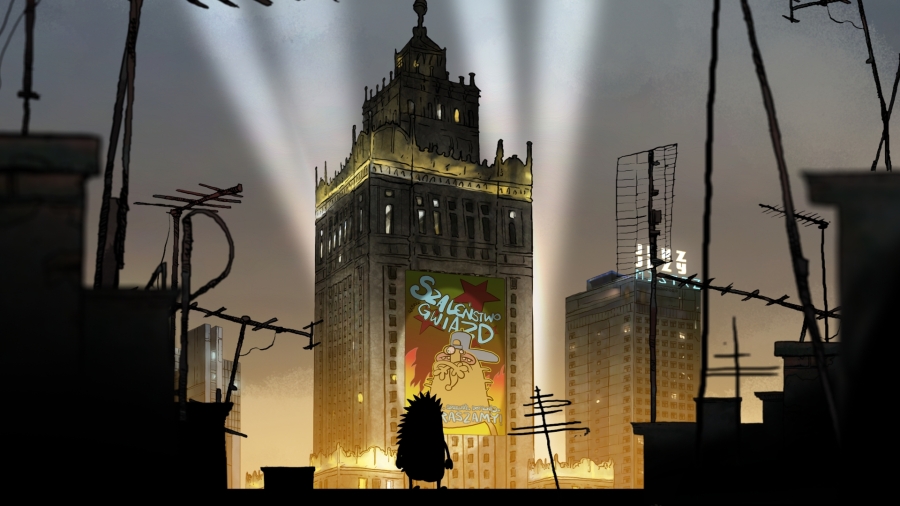 With his baseball cap worn back to front, dashing between blocks on a skateboard, George is completely different from other hedgehogs. He likes good parties and nice chicks. Should he buy flowers for his sweetheart or a bottle of beer? – this is not a dilemma, the choice is obvious. Nevertheless, George the Hedgehog’s life is not all roses, as he constantly has to fight for survival. He has a bone to pick with local skinheads and Vietnamese, who would cook five different kinds of chicken out of him with great pleasure. Then suddenly a mysterious Professor appears in his life. With difficulty he obtains George’s DNA sample and creates his clone…