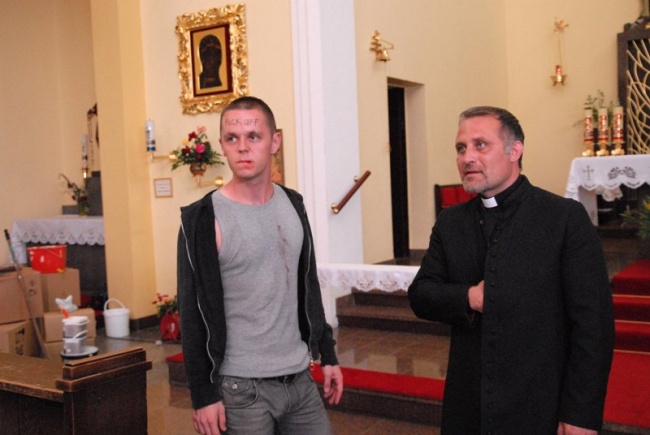 A 17-year-old acolyte Boguś Kowalski woke up one day and realized that all he wants to say to the world pretty much sums up to “fuck off” that he tattoos on a forehead. When the demolition of phone booths and cars on a block housing estate won’t help him to let off steam, he turns to the “role models”: a priest, Polish teacher and a mother – the fan of Krzysztof Krawczyk. But they are incapable of alleviating his frustration. On his way, he meets siblings Monika and Emil who sits on a wheelchair. They are both fascinated by their brother’s radicalism. Emil, eager to fight his own constraints, joins Boguś. Because of Monika, Boguś for the first time starts to feel something different than fury.