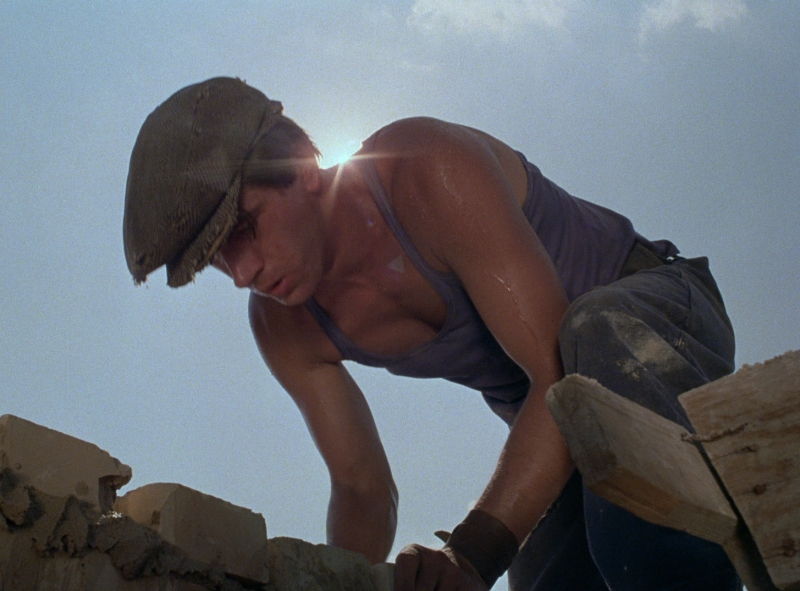 1976, 2 h 36 min
Poland of the 1970s. Agnieszka, a student filmmaker, seeks a topic for her diploma movie. The museum storage area and the overthrown sculpture of a hero of socialist labour from the 1950s, bricklayer Mateusz Birkut, offer an opening. “My idea is to follow in his footsteps” – says Agnieszka and, consequently, she reconstructs the drama of a young man who believed in socialism, became its icon and, ultimately, its victim. However, the materials collected by Agnieszka prove too powerful politically to be ever released to the public.

Man of Marble was the movie which started the Cinema of Moral Concern movement. It is one of the most outstanding landmarks in the history of Polish cinematography. The film, based on the screenplay by Aleksander Ścibor-Rylski, broke the conspiracy of silence surrounding the Stalin era and showed the role of cinema in regaining common memory. Great acting with the outstanding debut part of Krystyna Janda whom Wajda called “the most talented boy since Zbyszek Cybulski”. For the movie audience the screenings, regardless of the negative press arranged by the government and lack of any promotion, turned into demonstrations of freedom. As the movie was banned from receiving any awards, it received only a symbolic brick with a ribbon from the journalists at the Polish Film Festival in Gdańsk.

The movie was digitally remastered thanks to the patronage of PKO Bank Polski, it is presented as a part of the festival cycle “Pure Classic” which includes a number of this year’s premieres of the movies remastered with the Project KinoRP.