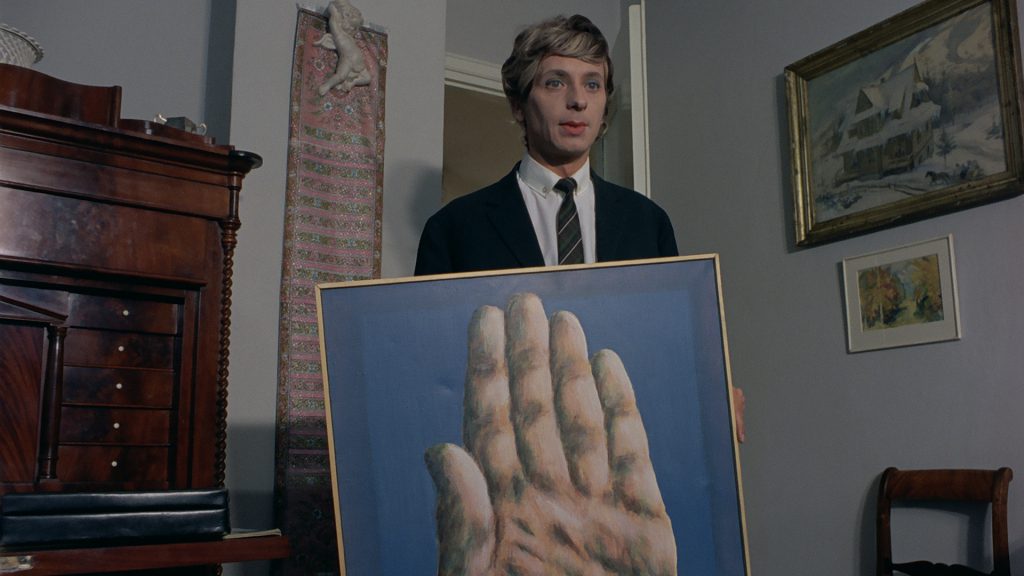 When a certain painter steals his own painting to spark interest in his works, all eyes fall on Stanisław, an inconspicuous museum employee. In a desperate attempt to avoid the justice system, the man takes up a job as a housekeeper named Marysia. This leads to a whole bunch of hilarious events and – for the protagonist – to a series of rather inconvenient encounters, including a clash with a permanent director, a moonshine-producing professor and a painter who only depicts hands. The reality of the Polish People’s Republic is illustrated tongue-in-cheek as an absurd sitcom.

The most famous male-female “dress-up game” in the history of Polish cinema, with an excellent performance by Wojciech Pokora in a female lead. Nearly ten years before the acclaimed Tootsie directed by Sydney Pollack in 1982!