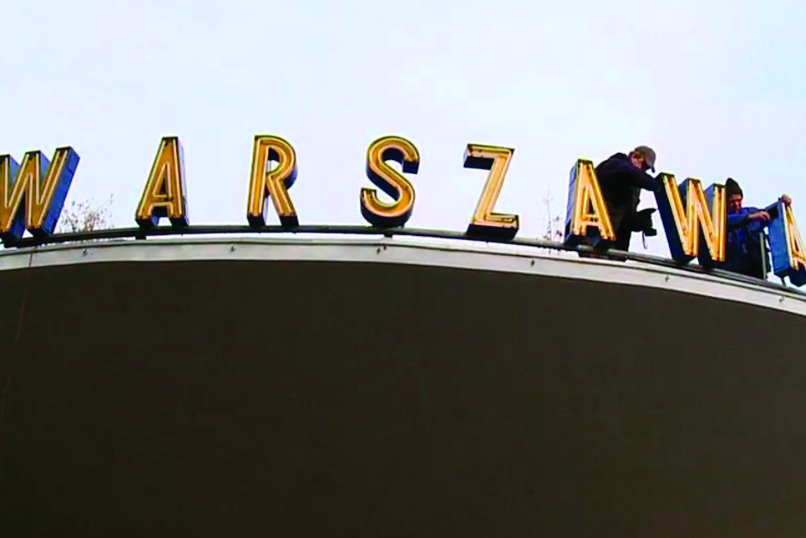 The history of Warsaw neon lights from the pre-war period until today.
The historical and political context of the “neonisation” of the capital
in the times of real socialism and the fate of the neon lights after
1989. Poland’s 20th-century turbulent past and the story of neon lights
reflecting the mental transformation happening in the country.

When
Poland regained its independence after WWI, the first neon lights
appeared in Warsaw. After 123 years of partitions they were a sparkle of
hope and a symbol of the returning glamour. Destroyed during WWII,
paradoxically, they came back during the times of real socialism: in a
system opposing the capitalist philosophy of the West, neon lights were
extraordinary advertisements. The Warsaw neons lights were put out
during the martial law. Most of them have never returned to their former
glory.